Rather like a pizza or flatbread, coca is a traditional Catalan recipe adorned by colourful toppings. Finish with vivid spinach, red peppers or aubergines. Think of coca as a Catalan pizza – thin, crisp and chewy, usually oblong in shape, and topped with a flavoursome concoction. In Catalunya there are as many variations on cocas as there are saints’ days, and some of the best come from provincial bakeries around Barcelona. Here are our versions of two classics. We use our flatbread recipe for the dough, and olive oil instead of the more traditional coca ingredient – lard. Great for lunch, each coca will serve two as a starter or one as a main course.

First, make the flatbread dough. Place the flour and salt in a large mixing bowl. Dissolve the yeast in the water and add the oil. Now make a well in the middle of the flour and pour in the yeast mixture a little at a time, mixing constantly. We like to do this by hand, squelching out the lumps as they appear. When all the yeast mixture has been incorporated, transfer the dough to a floured surface and knead well for at least 5 minutes. If the dough is still sticky, add a little more flour; if it is stiff, a little more water. It is ready when no longer tacky but soft, elastic and smooth. Put the dough back in the bowl, cover with a cloth and leave to rise in a warm place until doubled in bulk – approximately 1-2 hours.

While the flatbread dough is proving, make the toppings.

For the spinach topping, heat the oil in a large saucepan over a medium heat. Add the chopped onion and a pinch of salt and fry, stirring occasionally, for 15 minutes or until the onion is golden and sweet. Add the oregano or marjoram and fry for a few seconds, then add the spinach a handful at a time. Give the spinach a quick stir and cook for a few minutes, until tender. Set aside to cool and drain in a colander, then chop roughly. Stir in the currants and taste the mixture for seasoning. Set aside the pine nuts and anchovies for later.

For the onion, red pepper and aubergine topping, first toss the aubergine with the salt and set aside. Heat the olive oil in a heavy saucepan about 25cm wide and, when hot but not smoking, add the onions with a pinch of salt. Give them a good stir, and cook over a medium heat for about 15 minutes, stirring every now and then. Add the peppers and cook for 15-20 minutes, until the onions are golden and sweet and the peppers soft. Be sure to stir them often so they cook evenly and do not stick to the bottom of the pan. Blot the aubergine dry, add to the pan along with the rosemary and cook for a final 15 minutes, stirring often, until the aubergine is soft all the way through. Remove from the heat and drain off any excess oil. Check for seasoning and set aside to cool.

To make and bake the cocas, preheat the oven to its maximum setting. Divide the dough into 4 balls, and roll the first one out very thinly to make a 20 x 30cm oblong. Place it on a large baking sheet (aluminium is best) and spread half of one of the fillings evenly over the surface, right up to the edges of the dough. The spinach cocas should be topped with the pine nuts and anchovy fillets, if using, and the spinach pressed down and drizzled with a little extra oil to stop it burning. The onion, red pepper and aubergine topping is ready to go as soon as it has been spread on the dough.

Bake for 10-15 minutes, until browned and crispy underneath. While one coca is in the oven, start rolling and topping the next one. They are great served piping hot straight from the oven, or at room temperature. by Jessica Lockyer-Palmer – The Happy Foodie team from Moro East 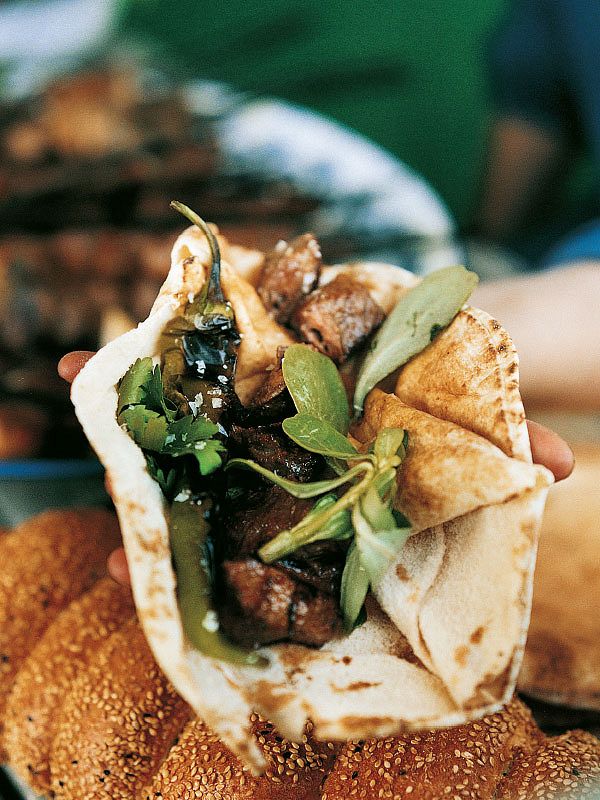