Lemon Posset with Hot Spiced Fruits by Masterchef judge Marcus Wareing from his new book How to Cook the Perfect... An elegant winter dessert with berries. The idea for these spiced fruits came to me one winter when I wanted to evoke the scent and flavour of mulled wine. The extreme temperatures of hot fruits and chilled posset work really well together, and you can vary the fruit year round to suit the season.

Finely grate the zest from the lemons. Halve the lemons and
squeeze out the juice, then strain and measure it – you need 225ml.

Mix the cream, lemon zest, and sugar in a non-stick pan.
Bring to the boil, stirring occasionally until the sugar has dissolved, then
simmer for 3 minutes. Take the pan off the heat and whisk in the lemon
juice. Strain the mix into a jug, pressing the zest in the sieve to extract
as much flavour as possible. Discard the zest.

Skim the froth off the top of the posset mix, then pour equal
amounts into six whisky glasses. Leave to cool. Cover the glasses
with cling film and refrigerate for at least 24 hours.
When you are ready to serve, prepare and cook the fruits. Cut
the rhubarb into 1cm lozenges. Halve and stone the plums. Cut the
halves lengthways down the middle and cut each quarter into four
equal pieces. If using blackcurrants, top and tail them.

Heat a heavy pan over a medium heat. Add the diced butter and
heat until foaming, then add the rhubarb and plums. Sauté the fruits for
about 5 minutes until they start to soften, then add the blueberries or
currants (if using), the sugar, cinnamon sticks, and star anise. Scrape
the seeds out of the vanilla pods into the pan and drop in the pods too.
Give the fruit a good stir and add the rum (if using), then cook for a
further 5–8 minutes. Take the pan off the heat, remove the whole spices
and vanilla pods, and fold in the blackberries and raspberries.

Serve the possets chilled, topped with the hot fruits. 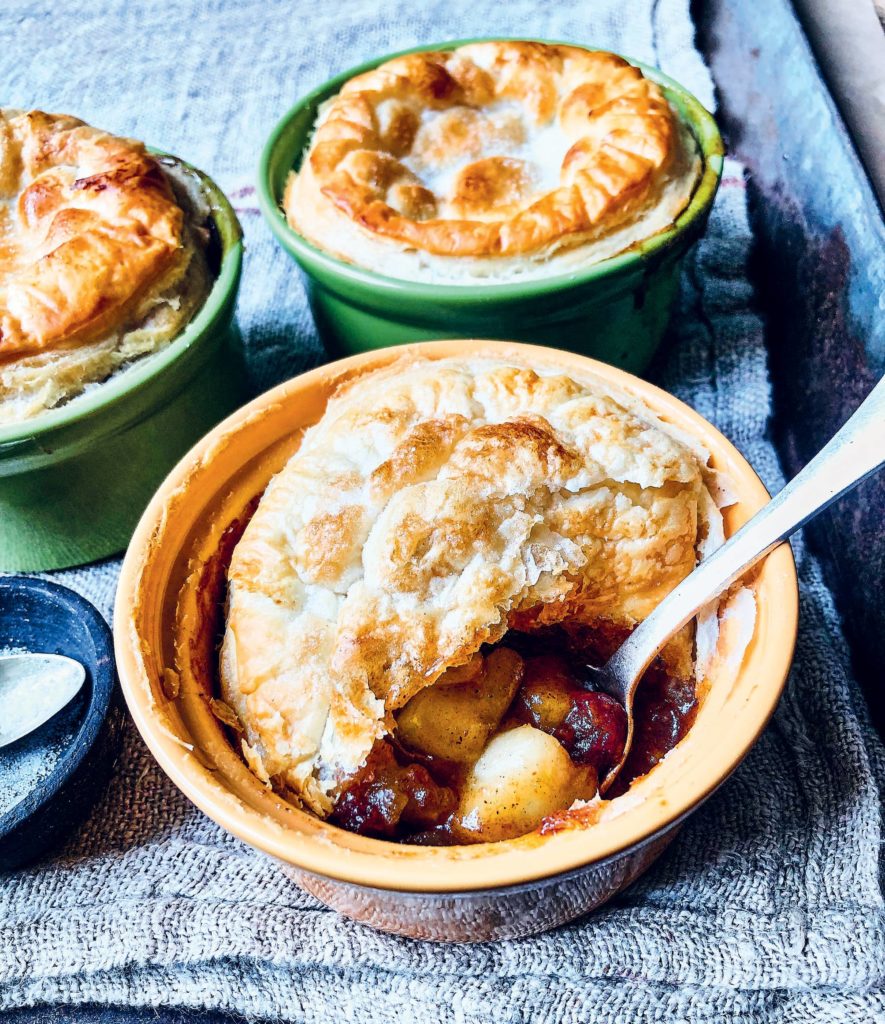