Jane's Patisserie's easy, crumble-topped cheesecake is the ultimate celebration of the time-honoured combination of rhubarb and ginger. You can use fresh rhubarb when it's in season or tinned. 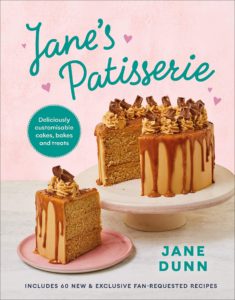 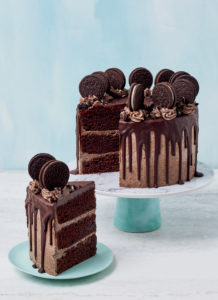 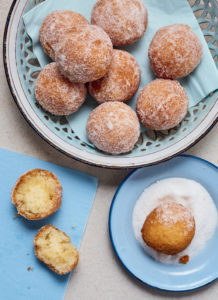 Rhubarb and ginger together are a perfect combination; think rhubarb gin with ginger beer, rhubarb crumble with a hint of ginger in the crumble, yum. The beauty of this recipe is that it can be made with fresh rhubarb (when in season) or tinned. I love the creamy, soft centre of the cheesecake with crunchy crumble sprinkled all over the top.

Preheat the oven to 200C/180C fan. Put all the ingredients into a bowl and rub the mixture together with your fingers until it resembles breadcrumbs. Spread the mixture onto a tray, and bake for 15–20 minutes, mixing occasionally, or until it starts to brown. Leave the mixture on the tray to cool while you make the rhubarb filling.

Put the rhubarb into a heavy-based pan and sprinkle over the caster sugar, ground ginger and water. Cook the mixture over a medium heat for about 5–7 minutes while giving it a stir.

You want the rhubarb to soften and hold some shape, without becoming mushy. Strain the mixture of any excess liquid and leave the mixture to cool fully while you make the base.

Blitz the biscuits to a fine crumb in a food processor, or bash with a rolling pin in a bowl. Mix in the melted butter until combined and then press the mixture into the base of a deep, 20cm springform cake tin.

Put the soft cheese, icing sugar and vanilla into a bowl and whisk until smooth. Pour in the double cream and whisk again. (Alternatively, you can whip the cream separately to soft peaks, and then fold through the cream cheese mix.)

Add the rhubarb mixture and fold together carefully. Spread the mixture evenly over the biscuit base and then sprinkle over the baked crumble topping. Leave the cheesecake to set in the fridge for 5–6 hours, or preferably overnight.

Once set, carefully remove the cheesecake from the tin. Serve as it is, or with a drizzle of cream.

You can use any crumble-related fruit for this cheesecake, such as apples, apples and blackberries, plums or cherries. Just prepare the fruit in the same way.

The ginger can be replaced with another spice such as cinnamon, nutmeg, vanilla, or even orange zest. 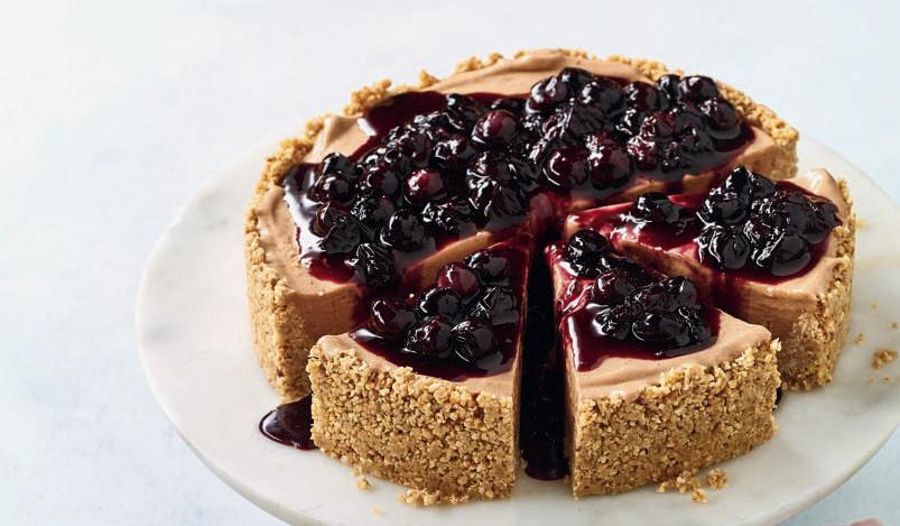 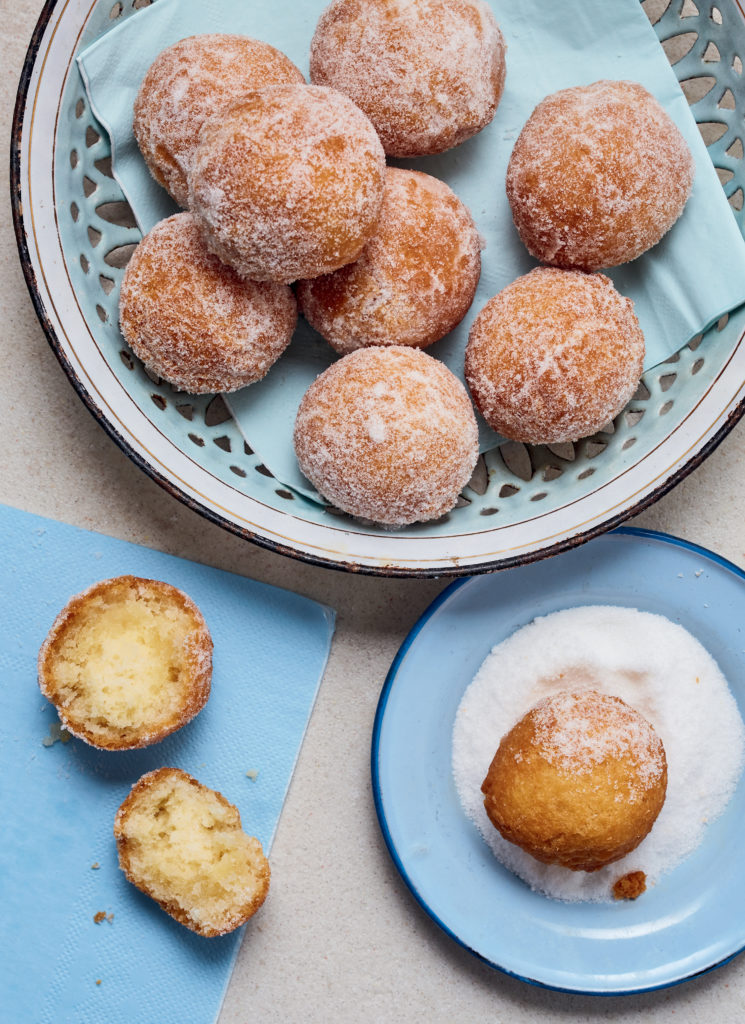