by Tony Conigliaro from Drinks For the next step in my perfumery project, I wanted to create a blend of aromas that would result in a unique signature scent, rather than replicating an already established perfume. The concept for The Rose was simple: I wanted to recreate the experience of sipping a glass of champagne while walking through an English summer garden. I already knew that rose and champagne worked well together, and I built the other ingredients around this basic structure in order to amplify the depth of the bloom. The champagne couldn’t be too heavy – the notes had to be allowed to come through. I talked to my sommelier friend Kelvin who suggested that Perrier-Jouët with its delicate, rosy, musky notes would be a perfect match.

In classical perfumery there are three layers of notes that evaporate at different times once the fragrance has been sprayed. When a perfume lands on skin, the first notes to reach your nose are the delicate and volatile top notes. These top notes consist of small and light molecules. The deeper, more mellow middle notes emerge as the top notes dissipate. The base notes are rich and deep and lingering. I took this perfume pyramid as the structure for how the cocktail would work.

The Rose is all about precision. The food-grade essences are extremely strong and so need to be measured in microns using a pipette. The essences are mixed with alcohol and put on a sugar cube cut to exactly the same size every time the cocktail is made. The sugar cube aggravates the bubbles, resulting in a surge that propels the aroma right through the cocktail. The carbon dioxide carries and amplifies the aroma and flavour, and as the bubbles split, they release a jet of flavour.

The alcohol works to dissipate the aroma oils by pulling them apart and spreading the aroma, which has previously been trapped in the oil. An ordinary champagne flute traps the aroma and so I use a teardrop flute that holds 100ml of liquid. In this way, the bouquet of the rose opens up, and the three tiers of notes replicate the journey of its bloom.

1. Prepare a sugar cube by soaking it in 10 microns of rose essence, added to it with a pipette.

2. Place the soaked sugar cube in a Riedel grappa glass and top with champagne. 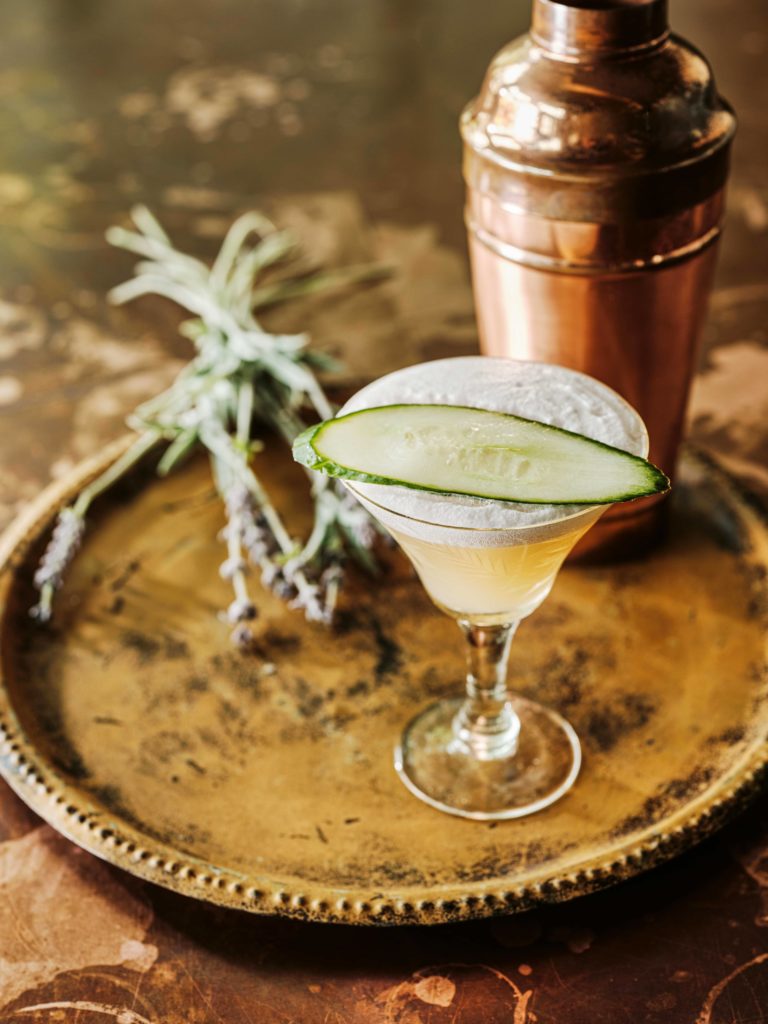