From The Food of Spain, this tasty vegetarian recipe is great for a Spanish inspired meal. The red peppers are stuffed with risotto rice and chopped tomatoes. 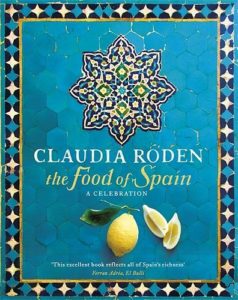 I prefer to use the sweeter-tasting red peppers for stuffing, but others prefer the more peppery green ones which can also be used. The most common filling is a mix of minced pork and rice, but this one with rice alone makes a beautiful dish for vegetarians. It is best to use a short-grain or ‘round’ rice, which becomes soft and sticks together when cooked. Choose peppers with a good base so they can stand up in a baking dish.

Make the tomato sauce first. You do not need to peel the tomatoes. Cut them into quarters and remove the hard white bits near the stem end, then blend them to a cream in the food processor. Heat the garlic and chilli in the oil in a wide frying pan over a medium heat, stirring, for 30 seconds, then add the creamed tomatoes, the sugar and some salt. Cook over a medium-high heat, stirring occasionally, for about 25 to 30 minutes until the sauce is reduced and thick.

For the rice filling, in another frying pan fry the onion in the oil over a medium heat, stirring often until soft and golden. Add the tomatoes, sugar, a little salt and the oregano, and cook until the liquid has almost disappeared. Then add the rice, stir well, and add the stock. Stir in the saffron, a little more salt and some pepper. Bring to the boil and simmer, uncovered, over a low heat for about 15 minutes until most of the liquid has been absorbed but the rice is still underdone.

Retaining the stalk, cut a circle around the stalk end of the peppers and keep these to use as lids. Remove the cores and seeds with a pointed spoon and shave the inside of the lids to make more room for the filling. Using a teaspoon, fill the peppers with the rice without pressing it down too much so that there is a little room for it to expand. Replace the lids and place the stuffed peppers snugly in a baking dish.

Pour the tomato sauce around the peppers, cover with a sheet of foil and bake in an oven preheated to 200°C/gas 6 for about 1 hour. Remove the foil and continue to bake, uncovered, for another 15 minutes, or until the peppers are soft and have browned on top. Look at them occasionally to make sure they don’t fall apart. Serve hot. 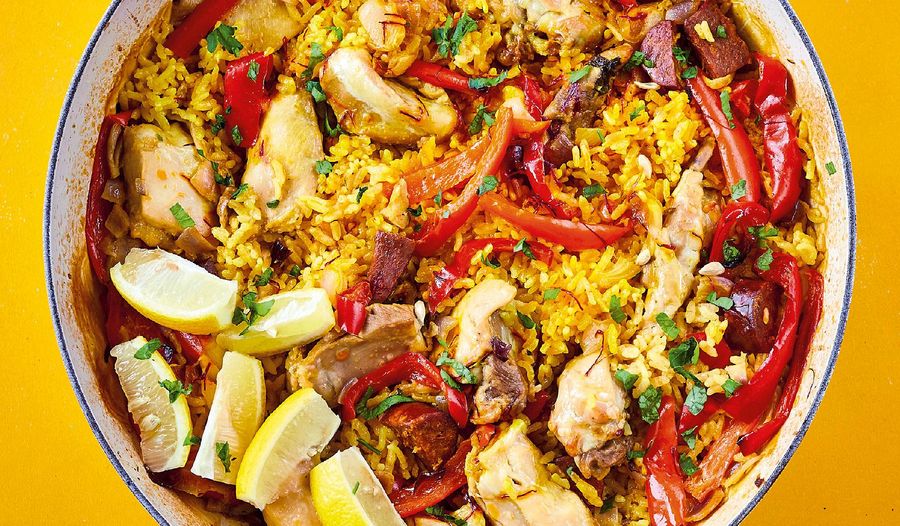