Inspired by Andalusia, this Spanish dessert recipe is a must-try. The tart is filled with a creamy egg mixture and finished with a sweet caramel syrup. This pudding made with egg yolks originated in monasteries in the wine-producing areas of Jerez de la Frontera and Montilla-Moriles where, in the late nineteenth century, the bodegas (wineries) used egg whites to clarify their wines and gave the leftover yolks to the local convents. The name means ‘heavenly bacon’. It has a crème caramel aspect and feel. The texture varies depending on the proportion of egg yolks to sugar, and whether whole eggs are also used. This version uses some whole eggs, which give it a firmer texture. Even though it is not as sweet as those you will find in pastry shops in Andalusia it is still very sweet, so should be served in small portions.

You will need a 1-litre pudding mould.

Make the caramel first. Put the sugar and water in a stainless-steel sauce pan over a medium heat. As soon as it starts to bubble and caramelize in parts, swirl the pan to spread the colour evenly, and cook until it turns to a deep amber, continuing to swirl the pan and watching that it does not turn too dark, which would result in a bitter taste. Pour the caramel immediately into a mould (it can be metal, porcelain or Pyrex, but not non-stick, that will hold at least 1 litre), turning and tilting the mould to coat the bottom and sides. You have to do this quickly because the caramel hardens very fast. Let it cool.

For the flan, make a sugar syrup: put the water and sugar in a saucepan and simmer for a minute or two until the sugar has dissolved. Let it cool until still just warm. Beat the yolks and whole eggs lightly by hand with a fork or whisk, then gradually beat in the warm sugar syrup until well blended. Pour into the caramel-coated mould.

Place the mould in a large shallow pan and pour in boiling water to come halfway up the side of the mould (this water bath is called a bain-marie). Bake in an oven preheated to 160°C/gas 3 for 1¼ to 1½ hours or until the custard has set. Take the mould out of the pan, let it cool, then chill in the refrigerator, covered with cling film, for 3 hours or overnight.

Just before you are ready to serve, turn out the tocino de cielo – run a pointed knife all round the edge of the mould, place a serving dish on top and quickly turn upside down then lift off the mould. There will be a lot of caramel sauce so the dish should be deep enough to collect it. 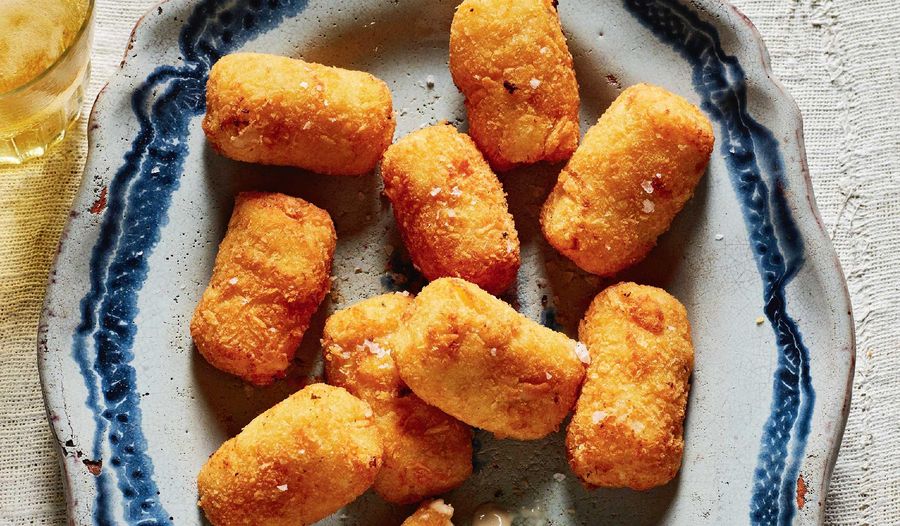