Simple treats for all festive occasions

Who can resist the combination of chocolate, Oreos and peanut butter, especially if turned into a pie? You need to allow a bit of time to make this, as the various layers need time to set.

You will need a 23cm tin, and an electric mixer.

To make the base, crush the Oreo cookies in a bag with a rolling pin until they resemble coarse breadcrumbs. Melt the butter in the microwave or in a pan on the hob, and pour on top of the cookies. Mix until well combined. Press into a 23cm tin and refrigerate until set. This should take about 30-60 minutes.

Heat the cream in the microwave or in a pan on the hob until it just starts to boil, then remove from the heat and pour directly over the chocolate. Stir with a spatula until the chocolate has melted and is well combined. Let it cool for about 5 minutes. Stir in the melted butter.

Remove the pie base from the fridge and pour the chocolate mixture evenly over it. Refrigerate for at least 4 hours, until set.

To make the topping, put the cream cheese, peanut butter and icing sugar into a bowl. Beat with an electric mixer until smooth and lump-free, then set aside.

In a separate bowl, beat the cream until it forms soft peaks. Take a third of the cream and fold it into the peanut butter mixture with a spatula, then fold in the remaining cream. Be careful not to overmix.

Spread the peanut butter cream evenly on top of the pie and serve. 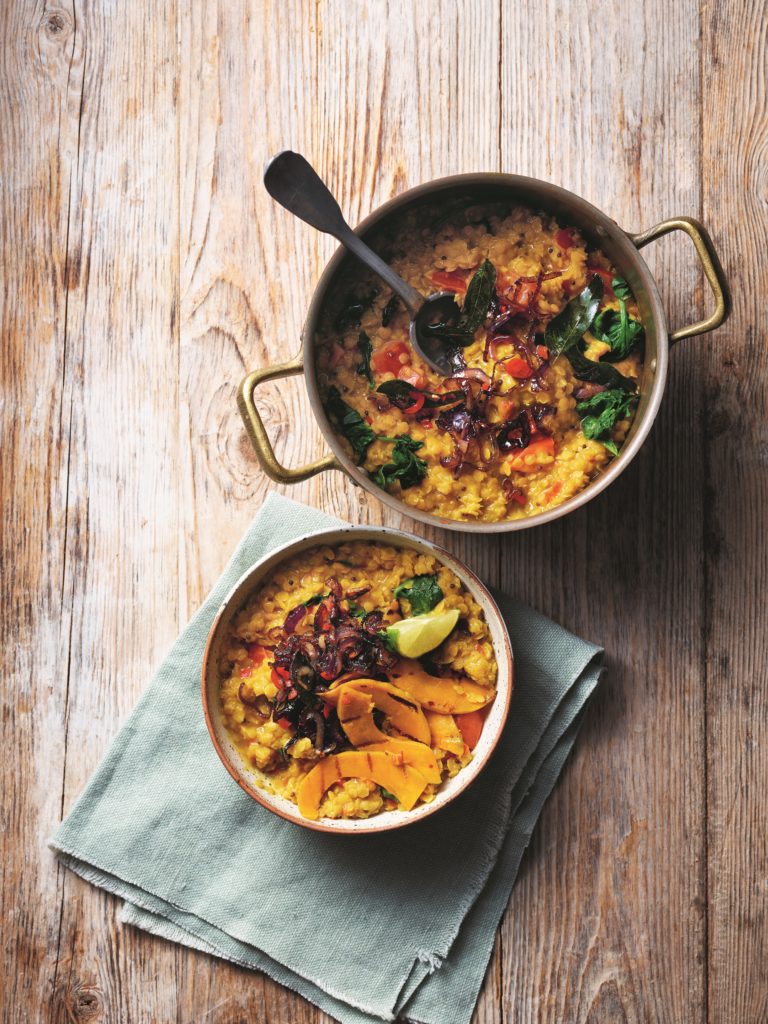 From the book: Primrose Bakery Christmas Simple treats for all festive occasions