You will need a liquidiser and a large casserole pot (preferably cast-iron).

Put the beans in a roomy pan and cover with water (no salt) to at least 4cm above the beans. Bring up to a boil, switch off the heat and leave in the water for 1 hour – or longer, if desired, as they won’t spoil.

Put the tomatoes in a liquidiser together with the garlic (unpeeled), thyme leaves and vermouth and process until smooth. Suspend a fine sieve over a deep pan or bowl and tip the mixture into it. Press well down into the sieve with a small ladle until a ‘raw tomato soup’ has been passed through from the messy mulch (skins, seeds, etc.), which should then be discarded. Now put this mixture to one side.

Using a large, preferably cast-iron pot (a Le Creuset would be ideal) heat the olive oil over a moderate flame. Tip in the bacon and allow to fry quietly for about 5 minutes, or until lightly gilded and its fat has run. Lift out the bacon and reserve on a large plate. Season the shanks and slowly fry in the bacon fat until all surfaces are nicely browned. Lift out and place alongside the bacon. Now introduce the onions and carrots to the pot and allow them to sweat for about 10 minutes, or until lightly coloured. Add the tomato mixture, bring up to a bubble and allow to cook for a further 10 minutes. Stir in the bay leaves, cloves and stock. Now, reintroduce the bacon and lamb shanks and push under the liquid to cover them. Bring up to a simmer, partially cover the pot and cook very slowly, for 1 hour.

Preheat the oven to 150°C/gas mark 2. By this time the beans should have had their hour’s soak. Drain them, rinse well and return them to the pot in which they soaked. Cover with fresh water and bring them up to a simmer (again, no salt). Allow to cook quietly for about 20 minutes, switch off the heat, cover and put to one side.

Once the lamb has had its hour’s simmering, drain the beans once more and stir into the partly stewed lamb and vegetables. Stir together well, thoroughly distributing the beans among the meat. Bring up to a quiet but significant simmer before sliding into the oven. Cook for a further 1½ hours, uncovered, until both beans and lamb are meltingly tender and the liquid surrounding them has somewhat reduced, having by now formed a nice and gooey burnished look to the surface of the stew. Remove from the oven, add the parsley and carefully stir it in. Serve just as it is, directly from the pot, into heated plates, at table. 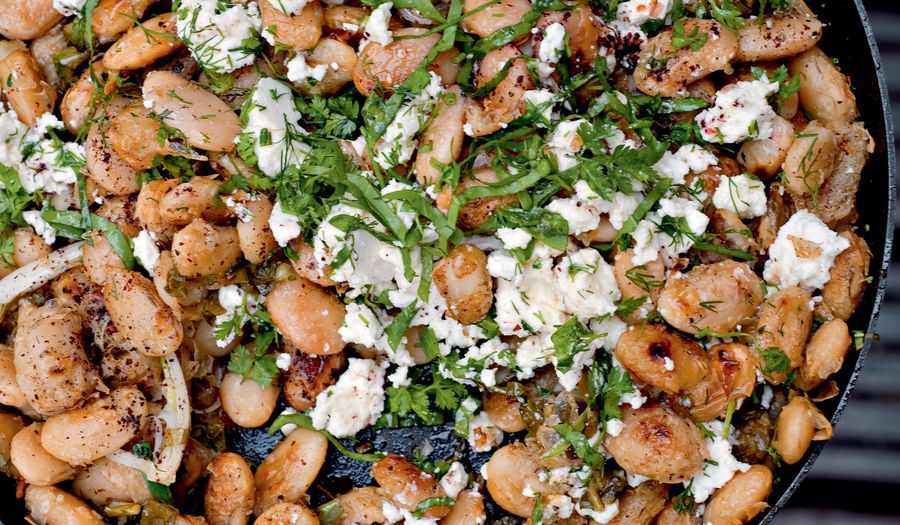 by Yotam Ottolenghi from Plenty 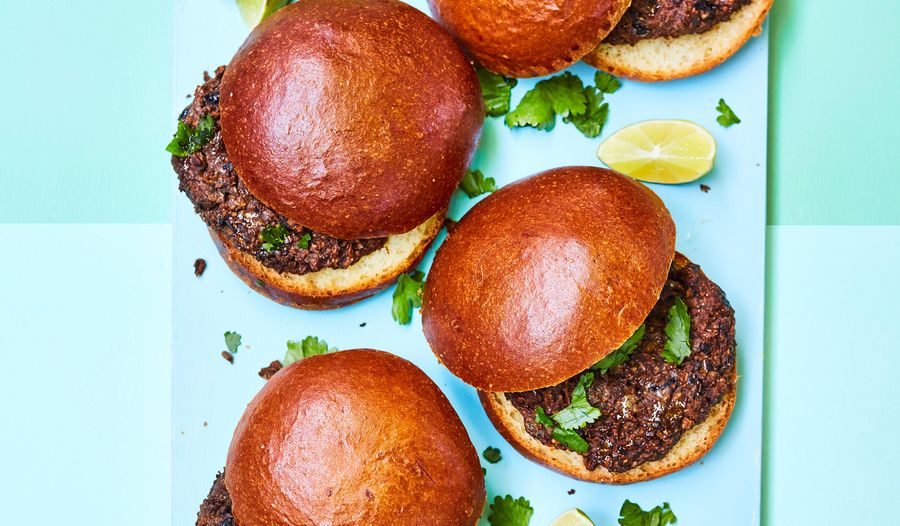 Chipotle Mushroom and Black Bean Burgers with Peanut and Lime by Simon Hopkinson from The Good Cook