An irresistible Apple Pie recipe from the Low-Carb Diabetes Cookbook that is low in sugar and grain-free, offering a healthy twist on this classic comforting dessert. This twist on the classic apple pie has a thick, spice-infused, grain-free pastry base and a tart apple filling and is perfect to slice and share. It holds together beautifully and is as delicious straight from the oven as it is served up cold three days later. Serve with a generous dollop of full-fat crème fraîche, Greek yoghurt or a teaspoon of clotted cream.

You will need: a 22cm round pie dish and baking beans.

2. Put the ground almonds, coconut flour, desiccated coconut, cinnamon, nutmeg and ginger in a large bowl and mix to combine. Add the beaten egg and stir together to form a crumbly mixture. Drizzle in the melted butter or coconut oil, stirring to combine. Add 30ml water, little by little, continuing to stir, until the mixture holds together, then use your hands to form it into a ball of dough. If the mixture feels too dry, add a little more water.

3. Put three-quarters of the dough into the pie dish and press it in evenly with your fingers. Line the pastry with greaseproof paper, add baking beans and blind bake for 13–15 minutes or until the crust is very lightly browned.

4. While the crust is baking, make the filling. Put the apples, cinnamon and water in a pan. Bring to the boil over high heat, then cover, reduce the heat and simmer, stirring occasionally, for 30 minutes, or until the apples are soft and the water has evaporated.

5. While the apples are cooking, roll out the remaining dough between two sheets of greaseproof paper, then cut into lattice strips or shapes with a sharp knife.

6. Remove the apples from the heat and stir in the coconut oil. Mash the apple to a smoother consistency.

7. Remove the greaseproof paper and baking beans from the blind-baked pie crust and spoon in the apple mixture. Place the dough strips or shapes on top, brush the crust with egg yolk and bake for 15 minutes until the filling is bubbling and the crust is golden brown. Remove and allow to cool for about 15 minutes before serving.

Note: The pie keeps well in an airtight container for up to a week, or frozen for up to 3 months. Grilled Avocado and Cherry Tomato with Lime and Coriander Peach and Mozzarella with Sweet Chilli and Tomato Glaze by Ali Maffucci from Inspiralized 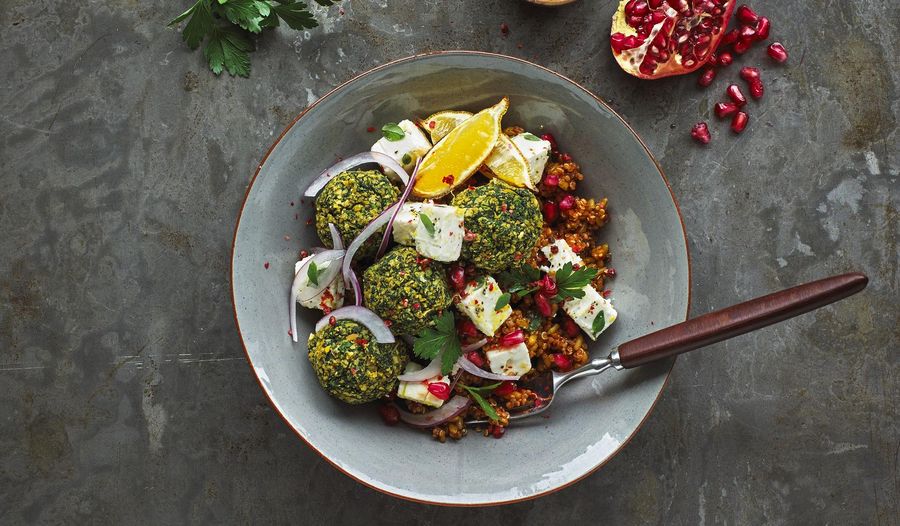