Croquembouche from Bread, Cake, Doughnut, Pudding by Justin Gellatly. The ultimate choux pastry showstopper, perfect for parties, weddings and any black tie occasion. If you love profiteroles, you will love Croquembouche. Filled with creamy vanilla custard and topped with caramel, this dessert is a delight! 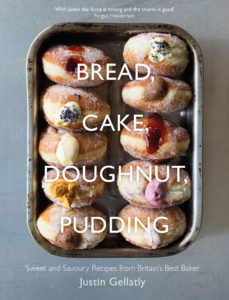 Translating as ‘crunch in the mouth’, croquembouche is a traditional French dessert made with choux buns and caramel. I have been travelling around the country making bouches for about four years now, mostly for weddings, although I also made one at Claridge’s, which was great fun. They are very impressive and theatrical, as tradition calls for the bride and groom to smash the bouche (I’ve seen them smashed with rolling pins, a cricket bat, swords – even a baseball bat). This recipe is for a small croquembouche but you can increase the quantities to make a larger one. It takes a fair bit of time and some skill, but do give it a try.

The largest croquembouche I have made used 800 profiteroles and lots of caramel, and involved a few burnt fingers . . .

TO MAKE THE Crème Patissière (remember to double the quantities for this recipe):

1. Slit the vanilla pod open lengthways and scrape out the seeds. Put both pod and seeds into a heavy based saucepan with the milk and bring to the boil, to infused the vanilla.

2. Meanwhile place the egg yolks and the 125g of sugar in a bowl and mix together for a few seconds, then sift in the flour and mix again.

4. Pass through a fine sieve, discarding the vanilla, and place a sheet of clingfilm on the surface of the custard to prevent a skin forming. Leave to cool, then refrigerate.

5. Whip the cream and the 2 tablespoons of sugar together until thick but not over-whipped and fold into the chilled custard.

TO MAKE THE CROQUEMBOUCHE:

1. If you are going to use a nougatine base, make it first. You have to work quickly, as once you start to roll it out it begins to cool and will go very brittle.

2. Preheat the oven to 180ºC/fan 160ºC/gas 4 and line a baking tray with baking paper. Grease a 26cm flan ring (or use the outside of a 26cm springform cake tin). Place the flaked almonds in a small roasting tin and toast in the oven for about 12–15 minutes, until golden brown, shaking occasionally to brown them evenly. Put to one side to cool completely. Put the sugar into a large, heavy-based saucepan on a low heat. Let it melt, then cook until a pale golden caramel is reached. Stir in the almonds, then add the butter and mix until all is incorporated.

3. Pour the mixture on to the prepared baking tray, then lay another sheet of baking paper on top and start to roll it out. Roll it to 5mm thick, then press it with the back of a spoon into the prepared flan ring. Trim off the excess and leave to cool.

4. Put the trimmings back into a low oven to soften up again, then re-roll and cut into shapes for decoration.

5. Now make your profiteroles. Preheat the oven to 200ºC/fan 180ºC/ gas 6 and line a large baking tray with baking paper.

7. Using a wooden spoon, beat in the eggs one at a time, waiting until each is completely mixed in before adding the next one, until they’re all incorporated and the mixture is glossy and smooth. Using a large piping bag fitted with a 1.5–2cm plain nozzle, and working in four batches, pipe the mixture on to the prepared baking tray in 3cm rounds (if they have a little peak, press it down with a damp finger), leaving some room between as they will spread a little. You should be able to make 55–60 profiteroles from this amount of mixture. Leave the raw mix in the piping bag until each batch is going into the oven. They need
to be cooked on the top shelf, so don’t bake more than one batch at a time (unless you have more than one oven).

8. Bake for 20 minutes, or until risen and golden brown. Do not open the oven at all while they’re baking, otherwise they won’t rise as well. When ready, take out of the oven and place immediately on a cooling rack. Once the profiteroles are cold, make a hole using a skewer or small kitchen knife in the bottom of each one and pipe in your crème patissière (instructions on how to make this above), using a large piping bag and a 7–8mm nozzle. The profiteroles must be filled and eaten on the day they’re made – if stored the pastry goes soft very quickly.

9. To make the caramel, put all the ingredients into a very clean heavy based saucepan on a low heat. Once the sugar and glucose have melted, turn the heat up to high and bring the temperature to 160ºC on a digital thermometer (making sure the reading is from the middle of the caramel and not the bottom of the saucepan). Once the temperature is reached, put the saucepan into a cold water bath in the sink for 1–2 minutes to stop the caramel colouring any further (watch out as you put the saucepan into the water bath as it will spit boiling water around).

10. Wearing gloves to protect your hands, dip each of your profiteroles top down into the caramel and lay each one on a lined baking tray, caramel side down. Leave to cool and set. If the caramel in the pan starts to harden, simply heat it gently to liquefy it again.

11. Now to assemble your croquembouche. On a serving tray, or your nougatine base if you have made one, dip each of the profiteroles into the caramel on the side and start to build the bouche. The top of the
profiterole becomes the side facing out, so you have a lovely shiny outside. Keep stacking them up and dipping them into the caramel until you have a pyramid shape. As before, if the caramel in the pan starts to harden, just put it back on a low heat until softened again.

12. You can decorate the croquembouche with nougatine shapes, gold and silver leaf, sugared almonds, raspberries and sugar flowers (check out the picture for more ideas).

13. To serve, smash the bouche with a rolling pin and serve with pouring cream. 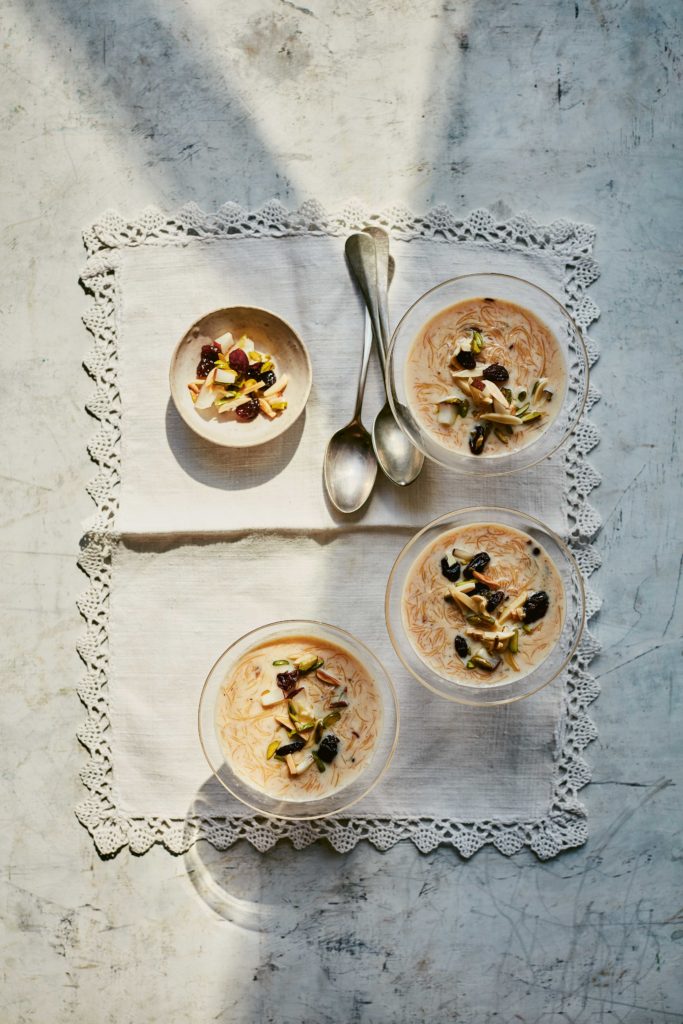 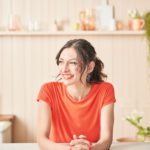 by Dominique Woolf from Dominique’s Kitchen