Best known for: Her debut TV series 'The Little Paris Kitchen' in which she took viewers us from her own tiny kitchen in Paris to the capital’s timeless bistros.

Usually found: Discovering new recipes from around the world, developing new dishes and indulging her passion for illustration.

Rachel is a graduate of Central Saint Martin’s College of Art and Design in London. It was her passion for patisserie that lured her to Paris, where she obtained a pastry diploma. She then put her skills to use at the delightful Paris culinary bookstore and tea salon, La Cocotte, where she catered for book launches and hosted cookery classes. She released My Little French Kitchen in September 2013, followed by a two-part series Rachel Khoo’s Kitchen Notebook: London and Rachel Khoo's Kitchen Notebook: Cosmopolitan Cook. Rachel's new book Rachel Khoo’s Kitchen Notebook, out 12 February 2015. 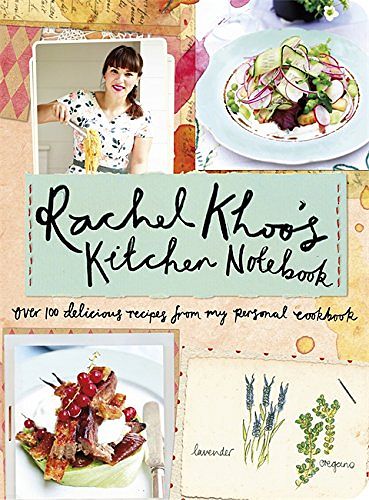 Easy Christmas starter recipes you can make ahead

Kick off Christmas dinner with a bang with these easy make-ahead Christmas starter recipes, from classic prawn cocktail to punchy salads to an impressively simple salmon gravlax. To celebrate the release of her gorgeous new cookbook, Rachel Khoo’s Kitchen Notebook, we asked Rachel Khoo to take us on a tour of her personal cookbook collection. The first cookbook she ever bought, which cookbooks inspire her the most and which she would rescue in a house fire! Find those out and more here.