Political and nationalistic discussions about hummus — where it started and how; who was the first to crush chickpeas and mix them with sesame paste and when — are almost compulsive. No one enjoys them anymore, but no one is ready to concede either.

Generally, most people agree that it was Levantine or Egyptian Arabs who first made hummus, though even this is debatable. In an article published in a local paper the celebrated Jewish author Meir Shalev interpreted a certain biblical passage as evidence that Jews ate hummus in biblical times. But when push comes to shove, nobody seriously challenges the Palestinian hegemony in making hummus, even though both they and the Jews like calling it their own. The arguments never cease. And even if the question of authorship is somehow set aside, you are still left with who makes the best hummus now? And here we need to start again— is it Ta’ami in west Jerusalem or Lina in the old city? Pinati or Abu Hassan?

Jews in particular, and even more specifically Jewish men, never tire from arguments about the absolute, the one and only, the most fantastic hummusia. A hummusia is a simple eatery specializing almost only in hummus, which is normally open for breakfast and until late afternoon. It is, like the English chippy, a savoured local treasure. Yet, typically, it carries with it much stronger sentiments. The hummusia fetish is so powerful that even the best of friends may easily turn against each other if they suddenly find themselves on opposite hummus camps. The discussions and lively arguments can carry on for hours, going into the minutest of details regarding consistency (some like it smooth and fluffy, others a little chunky and spicy), temperature (some like it warm, others ambient) and about the perfect condiments (cooked chickpeas, re-hydrated dried broad beans, spice paste, or nothing at all). Still, the hummus debate is fun.

As mentioned, it is also a source of identity — personal or national — which can easily turn into an issue of confused identity. A typical story is that of a hummusia in the Arab village of Abu Gosh, about 10km west of Jerusalem.

Abu Shukri was for years considered one of the best hummusia in the country, only rivalled by the famous Abu Hassan in Jaffa or Said’s in Acre (or Akko). One day, across the unpaved dirt road, another hummusia opened, with a little sign hanging over the door saying ‘We moved here. This is the real Abu Shukri.’ The newcomer, believe it or not, was Abu Shukri’s son-in-law, an ex-waiter. The outrage! The next day the old restaurant hung a sign on its door: ‘We didn’t move anywhere. This is the real Abu Shukri.’ A large banner appeared across the road not long afterwards: ‘The real real, one and only, original Abu Shukri.’ You can probably imagine what followed. In the end, after years of fierce rivalry and many confused diners mistaking one Abu Shukri for the other, a big food corporation selling packed hummus in supermarkets decided to run a TV campaign to promote its own brand. It culminated in a big reconciliation event between the two Abu Shukris and was labelled ‘The End of Hummus Wars’.

This is an extract from Jerusalem by Yotam Ottolenghi and Sami Tamimi. Order your copy here. 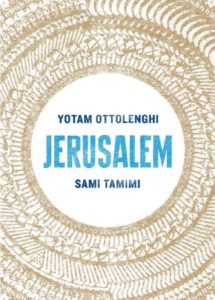 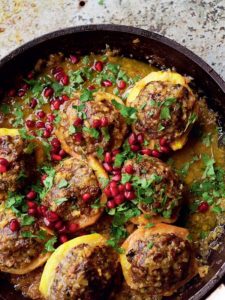 Ready to get cooking? Check out our favourite 3 hummus recipes and why not buy tahini from Ottolenghi’s pantry?