Kerstin Rodgers is the modern London foodie, par excellence. Author of the award-winning Ms Marmite Lover food blog, she is also a famed pioneer of the capital’s supper club scene through her Underground Restaurant nights, and we are thrilled to announce that Kerstin has joined Penguin Random House. Her second cookbook – Ms Marmite Lover’s Secret Tea Party – takes a fun and very creative, yet seriously foodie approach, to the delights of afternoon tea.

We caught up with Kerstin to get an insight into her foodie world.

Which restaurant are you raving about to your friends at the moment?

To be honest I haven’t been going to restaurants much of late, being stuck in book writing purdah. But I’m looking forward to chef Florence Knight’s reopening of her restaurant which will open soon. I loved the food at Polpetto that she cooked. I’d also like to try Marianne Lumb’s restaurant, a little 14 seater called Marianne, in West London. I’m always interested in what female chefs produce.

What’s your favourite cookbook and why?

The book I have most enjoyed cooking with this year is The Smitten Kitchen Cookbook by Deb Perelman, a New York food blogger. The recipes work. You can tell she’s actually written the book and tested the recipes. It’s not just some tv tie-in. I’m also enjoying the baking book How to make bread by Emmanuel Hadjiandreou.

Is there a food show on TV that has really impressed you? Why (or why not)?

Oh dear. I’m afraid I’m not impressed with any of the food shows on TV. I find them formulaic, predictable, conventional, manufactured, uninformative and they lack humour. I’m also personally offended that every female cook is either an ex-model or looks like one, which is unrealistic. People who cook are rarely skinny. The men aren’t, so why should women be? It’s just perpetuating the same old stereotypes about women. Where is Keith Floyd? And where is his female equivalent? Actually the cook on telly I most relate to is Mrs Patmore, on Downton Abbey. I like a nice big starched apron.

The British food world is very much like the British fashion world, vulgar, full of innovation, gimmicky, trendy, experimental, exciting, street based in many ways, trickle up from the street rather than trickle down from the elite. It’s so unlike France for instance, where everything is about the classics, the technique. We imitate the American food world rather, but we always have our own gritty twist on it. 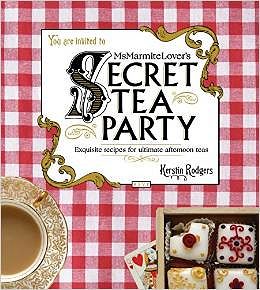