Everything you need to know about Ottolenghi’s new cookbook, SIMPLE 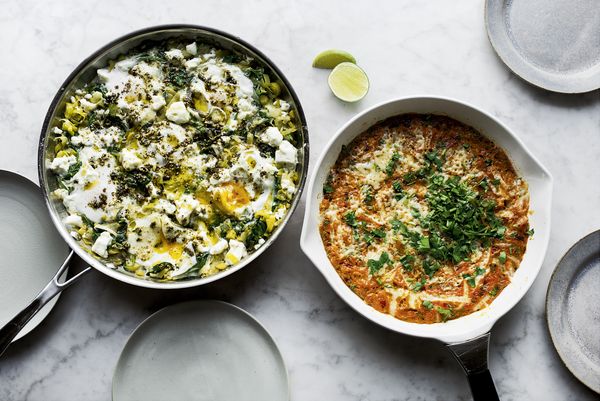 As devotees of every cookbook ever released by the inimitable Yotam Ottolenghi, The Happy Foodie could not be more excited for the release of SIMPLE, his latest collection of recipes dedicated to making those unparalleled Ottolenghi flavours accessible and achievable no matter how skilled you are in the kitchen or how much time is at your disposal.

To find out more about the book, we caught up with Tara Wigley, who has been writing in collaboration with Ottolenghi since 2011. She began by developing, testing and writing recipes for his weekly column in the Guardian magazine and his longer monthly column, in 2017, for the New York Times. Tara led on the writing and much of the cooking of Plenty More. NOPI: The Cookbook, SWEET and SIMPLE were all written with Tara. Here she tells us all about the philosophy behind the latest book the pair worked on together and its all-important ‘SIMPLE’ key used to categorise its recipes.

‘Simple’ is a totally subjective word. One person’s ‘simple’ can be another person’s nightmare. A seasoned runner might be able to polish off a 10k before breakfast, for instance, but for the next person this would be a life’s dream. ‘Simple crosswords’, ‘beginners Arabic’, ‘beginners yoga’: for some, maybe! You should never assume that someone knows what you take for granted.

And so it is with cooking. One person might find it totally simple to be in kitchen full of friends and be able to cook and chat away at the same time. The next person asked might fall apart if required to do this, preferring instead to cook as much as they can in advance of people arriving, in the peace and quiet of their empty kitchen. Cooking can be approached from all sorts of angles. The end result will look simple to those being fed but only because the cook made it in the way that suited them.

This idea, then, that there are lots of ways to make cooking simple depending on who you are (and also what occasion you’re cooking for), is the one behind SIMPLE. The six letters of the word form a key, used throughout the book to show what kind of cook (or what occasion) a recipe is suited towards. 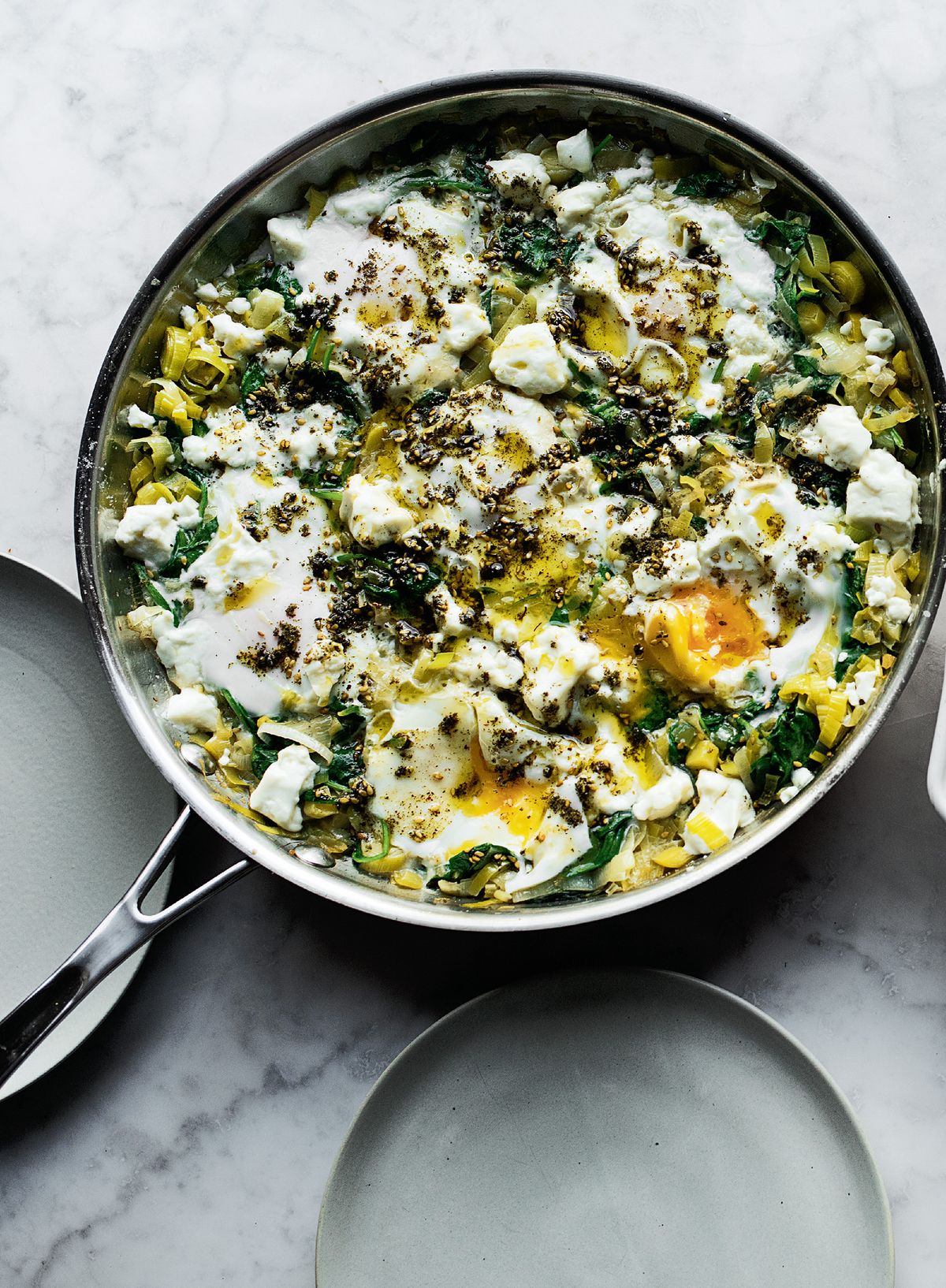 Braised Eggs with Leek and Za’atar

‘S’ means ‘short on time’ and are the recipes which take 30 minutes or less to make, beginning to end. ‘I’ is the ingredients’ list, which is 10 or less. ‘M’ are the ‘make ahead’ recipes: things which can be made a day or two in advance or longer if frozen, ready to just be assembled or put in the oven when needed. ‘P’ means ‘pantry-lead’: the recipes made up in most part from things you’ll already have in your cupboard – tinned chickpeas and tomatoes, for example, pasta or rice or the cheese in the fridge in need of eating up. There may be one thing you’ll need to pick up on the way home – a piece of cod, for example – but it’ll be a quick, one-stop shop. ’L’ are the ‘lazy’ dishes, ones which can be cooked in one pot or tray and where most of the work is done in the oven or on the stove, with the dish left to slowly simmer away whilst you get on with something else. ‘E’ are the ‘easier than you think’ dishes: things like ice cream or bread or recipes which people can be put off from even trying just because of their fancy French name. ‘Clafoutis’, for example, ‘confit’ or ‘semi-freddo’. Even though it looks slightly like we’ve managed to complicate the idea of simple, SIMPLE is, in fact very simple! What has been amazing in the making of this book, as well, is the extent to which we’ve achieved everything we want from a dish – whether that’s a boldness of flavour or a twist to everyday comforts – whilst working within the confines of the ‘SIMPLE’ structure. It’s been really exciting and it’s even more exciting to share these recipes now for every day Ottolenghi cooking. Ottolenghi cooking for the mid-week supper for two, if you like, not just for the weekend where you’ve set aside an entire day to pick herbs.

And for anyone wondering, Yotam is generally an ‘S’, during the week, and I’m most definitely an ‘M’. We also have a totally different way of eating, as well, but that’s a completely different story. . . 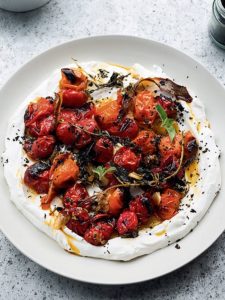