This is Jamie Oliver's Winter Nights Chilli recipe from his Comfort Food cookbook. It's a melt in your mouth dish with brisket and pork belly - perfect for feeding a crowd on bonfire night. All of your favourite indulgent desserts

When the weather’s closing in, it’s really great to tuck into a full-flavoured, hearty dish, and for me, a proper, rustic chilli rocks. The meat will fall apart and melt in your mouth. It’s moreish, spicy and with a clever contrasting salsa is a total joy.

You will need a large casserole pan (at least 30cm wide, 8cm deep).

Preheat the oven to 190ºC/375ºF/gas 5. Pop the mushrooms into a small bowl and just cover with boiling water. Bash the fennel and coriander seeds, paprika and 1 teaspoon each of sea salt and black pepper in a pestle and mortar. Carefully cut the squash in half lengthways, deseed, then chop into 4cm chunks. Toss with half the spice mixture and a drizzle of olive oil on a baking tray. Roast for 50 minutes, or until golden, then remove from the oven and reduce the temperature to 150ºC/300ºF/gas 2.

Meanwhile, drizzle both cuts of meat with olive oil and rub with the remaining spice mixture, then place a large casserole pan (at least 30cm wide, 8cm deep) on a medium-high heat. Place the pork and the brisket in the pan fat-side down and brown on all sides for around 15 minutes in total, then peel and roughly chop the onions. Remove both meats to a plate, reduce the heat to medium, add the onions and sugar to the fat and fry for 10 minutes, stirring regularly until lightly caramelized. Add the balsamic vinegar and most of the mushroom liquid (discarding any gritty bits). Roughly chop and add the mushrooms, followed by the beans or chickpeas, liquid and all, and the tomatoes, breaking them up with a spoon, then return both meats to the pan. Loosen with a splash of water if needed, then bring to the boil, season, and pop a layer of damp greaseproof paper directly on the surface. Cover with tin foil and cook in the oven for around 5 hours, or until the meat is tender.

Prick the peppers and chillies, then blacken all over on a barbecue or in a griddle pan. Place in a bowl, cover with clingfilm and leave to cool, then peel and deseed them, keeping as much juice as you can for extra flavour. Roughly chop with half the coriander, and toss with a little salt and pepper. When the meat is tender, remove from the oven, break up the meat, then stir in the squash, peppers and chillies. Adjust the consistency with water if needed, taste and season to perfection, then keep warm.

To finish, peel the onion, then finely chop with the apples (core and all) and the remaining coriander. Dress with the cider vinegar and extra virgin olive oil and season to perfection. Serve the chilli with the salsa, bread or rice, and a dollop of yoghurt. From the book: Jamie’s Comfort Food 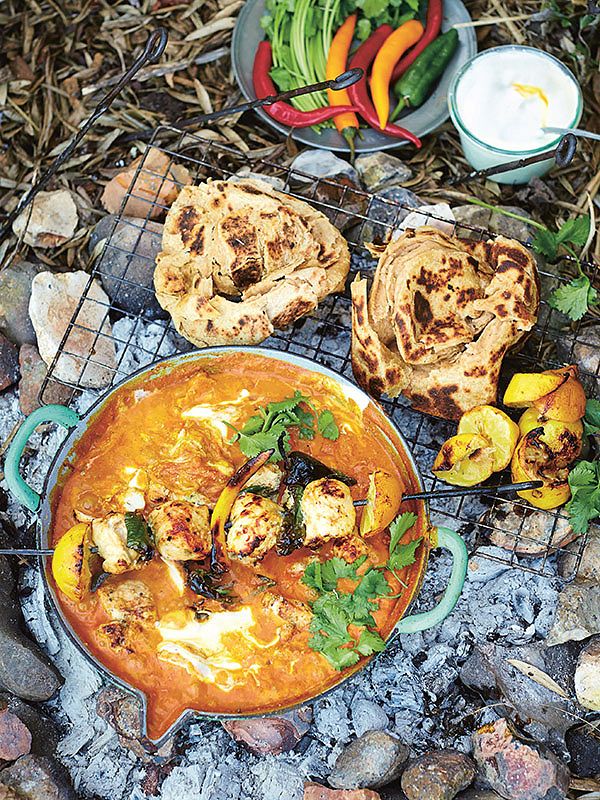 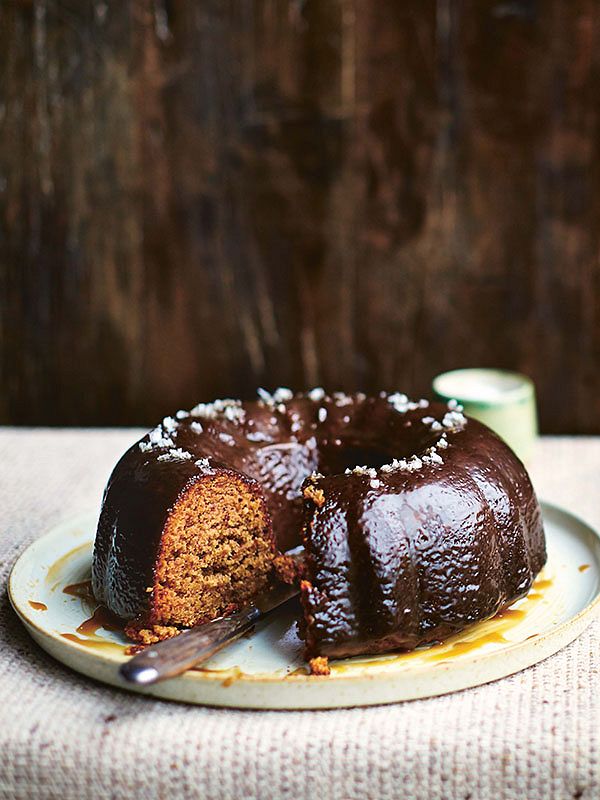 All of your favourite indulgent desserts