This Asian-inspired chicken noodle dish from Jamie Oliver's 15-Minute Meals cookbook is a perfect midweek crowd-pleaser. The freshness and crunch of the salad and noodles is a perfect complement to the richly spiced chicken in this speedy supper dish. Ultimately, 15-Minute Meals is a frame of mind, and I think if you give it a proper go you’ll really get into it. It’s fun, dynamic, no-nonsense cooking. Yes, the first couple of times you cook a recipe it might take a little longer, but that’s OK, it’s not a race.

You will need a liquidizer.

In a bowl, fully submerge the noodles in boiling water • On a large sheet of greaseproof paper, toss the chicken with salt, pepper and the five-spice • Fold over the paper, then bash and flatten the chicken to 1.5cm thick with a rolling pin • Put into the large frying pan with 1 tablespoon of olive oil, turning after 3 or 4 minutes, until nicely charred and cooked through • Drain the noodles and toss with 1 tablespoon of sesame oil on a big serving platter • Put ¼ of the noodles into the medium frying pan, tossing regularly until nice and crunchy.

Remove the watermelon skin, cut the flesh into erratic chunks and add to the platter • Trim the lettuces and cut into small wedges, halve the radishes, finely slice the top leafy half of the mint and most of the top leafy half of the coriander, and scatter over the platter • Put the coriander stalks into the liquidizer with the soy and fish sauces, chilli, peeled ginger, trimmed spring onions, a splash of water, 1 tablespoon of sesame oil and the lime juice • Squash in the unpeeled garlic through a garlic crusher, then whiz until smooth.

Drain away any excess fat from the chicken pan, put back on the heat, drizzle with the sweet chilli sauce and toss with the sesame seeds • Pour the dressing over the salad and toss gently with clean fingers until well coated, then break over the crispy noodles • Transfer the chicken to a board and serve with an extra sprinkling of coriander leaves. From the book: Jamie’s 15-Minute Meals 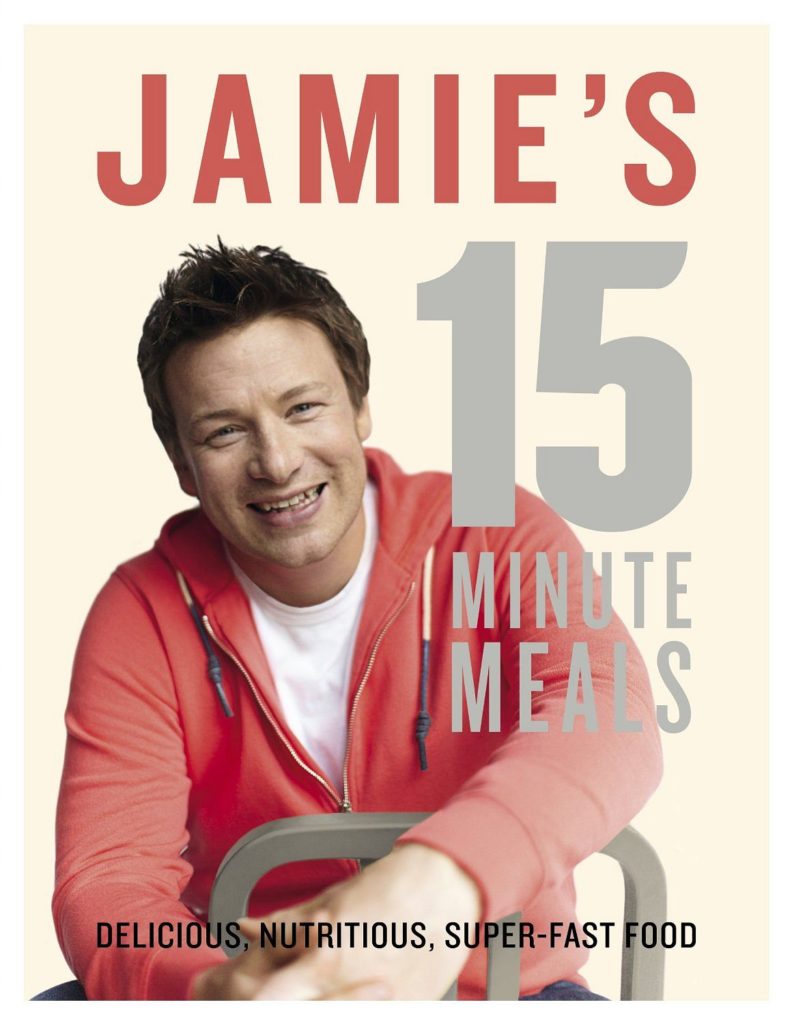