Inviting sticky cinnamon buns from the GBBO recipe book. The homemade cinnamon buns are topped with a spiced honey syrup and jewelled with walnut pieces. If you are a fan of Chelsea Buns try these – the soft sweet dough is similar (the original recipe for Chelseas uses a lot of honey) but the filling is gloriously sticky and nutty. A well-flavoured honey is essential. You can replace the walnuts with almonds, pecans or macadamias.

To make the dough, put the flour, yeast and salt into a large mixing bowl (or the bowl of a free-standing electric mixer fitted with the dough hook) and mix together. Make a well in the centre.

Mix the egg with the honey and 225ml of the lukewarm milk. When thoroughly combined pour into the well in the flour and mix everything together by hand (or with the mixer on the lowest speed) to make a very soft but not sticky dough that leaves the side of the bowl clean – add more milk as needed to make a dough that isn’t hard or dry.

Turn out the dough on to a lightly floured worktop and knead thoroughly for 10 minutes (or 5 minutes in the mixer on lowest speed) until the dough feels silky smooth and very stretchy.

Return the dough to the bowl and cover with a snap-on lid or clingfilm. Leave to rise at normal room temperature for about 1½ hours until doubled in size.

Punch down the risen dough to deflate it before turning it out on to a lightly floured worktop. Press or roll it out to a 25 x 30cm rectangle of even thickness. Cover lightly with a sheet of clingfilm and leave to rest while you make the filling/topping mix.

Put the honey, soft butter, cinnamon and sugar into a mixing bowl and beat well with a wooden spoon until smooth and slightly fluffy. Stir in just enough cream to make the mixture slightly sloppy (don’t worry if it looks as if it is about to curdle).

Uncover the dough and spread over about a third of the cinnamon mixture. Scatter half the nuts evenly over the dough, then roll up from one long side – the roll will feel (and look) a bit sticky at this point. Pinch the seam so the dough roll doesn’t unravel, then cut across into 12 even-sized pieces with a very sharp knife.

Spoon the rest of the sticky cinnamon mixture into the prepared tin and spread evenly. Set the rolls cut side up on top so they are barely touching. Slip the tin into a large plastic bag, slightly inflate it so the plastic won’t stick to the dough as it rises and secure the ends. Leave to rise as before for about 45 minutes until doubled in size. Towards the end of the rising time, heat your oven to 180°C/350°F/gas 4.

Carefully run a round-bladed knife around the inside of the tin to loosen the buns. Place an upturned large rimmed baking sheet on top of the tin and very carefully turn them over while holding them tightly together – the caramel is still very hot. The buns will fall out on to the baking sheet. Lift off the tin and scrape any caramel left in the tin on to the buns.

Scatter the remaining nuts over the top, then leave the buns to cool before pulling them apart. These are best eaten the same or the next day. More Recipes from The Great British Bake Off: Big Book of Baking 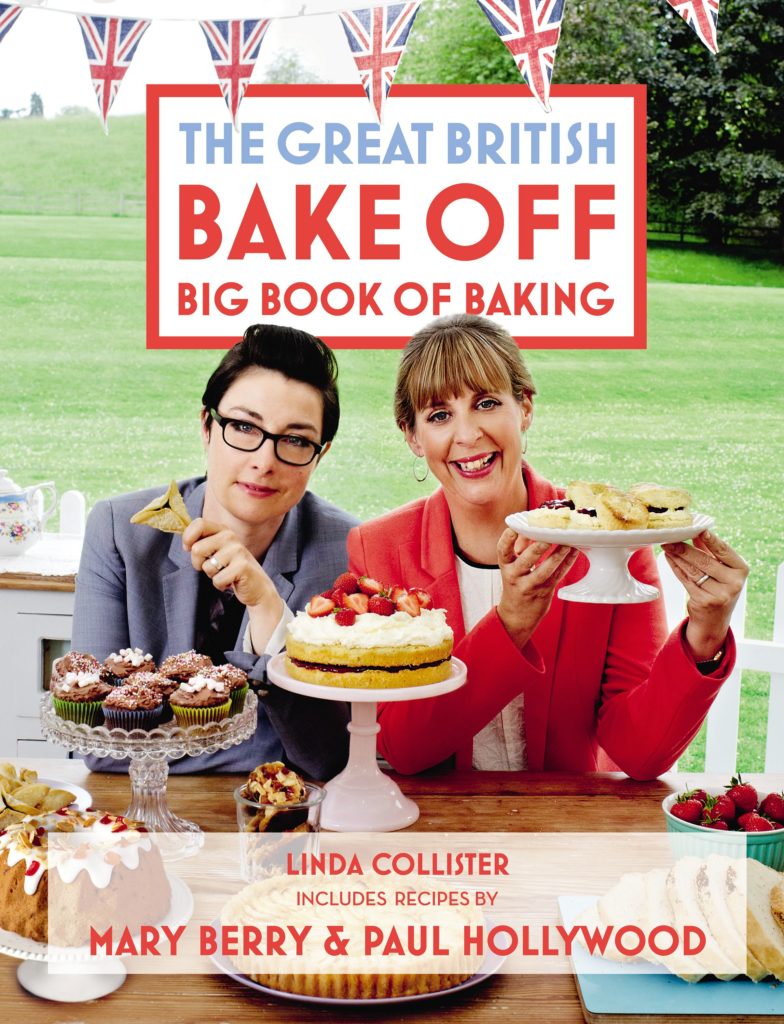 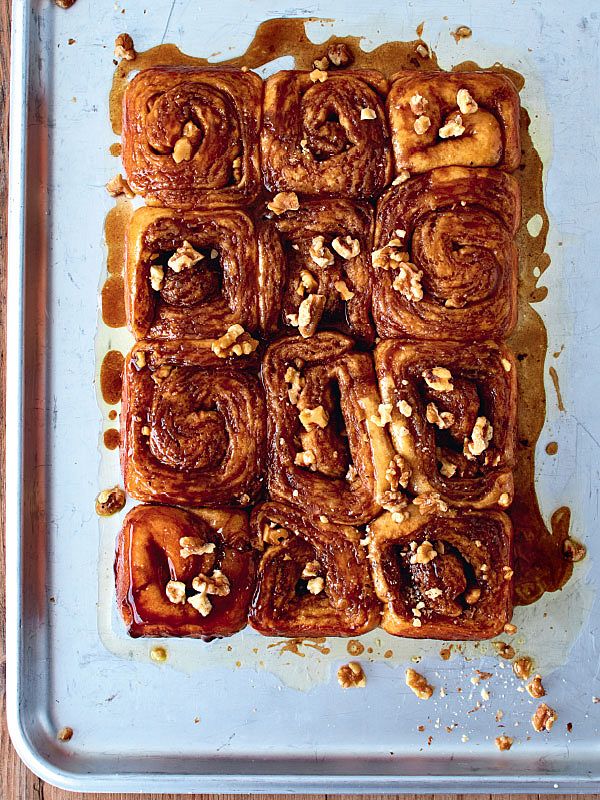