Wholemeal pasta holds no charm for me, but I co-exist very amicably with spelt spaghetti. Here it acts as a rather more robust form of soba noodle, which makes perfect sense since the sauce that dresses the pasta is Asian-influenced rather than Italian. In this vein, leftovers make an instant noodle salad

1. Put a large pan of water on to heat for the spaghetti. When it’s almost come to the boil, get started on the sauce.

2. Warm the vegetable oil in a wide pan (large enough to take the pasta later) that has a lid and add the finely chopped spring onions, stirring for a minute until they become vibrantly green.

3. Add the sliced mushrooms and cook them for 3–4 minutes over a medium-high heat, turning them frequently in the pan.

4. Add the sesame seeds, the minced garlic, soy sauce, sesame oil, chilli flakes, zest of ½ the lemon and the tablespoon of juice and stir everything together, then clamp on the lid and leave on a low heat to simmer for another 5 minutes, until the mushrooms are soft.

5. Once the pasta water’s boiling, salt exuberantly and cook the spaghetti, using the timings on the packet as a guide, but start testing a few minutes before. If your mushrooms are ready while the pasta’s still cooking, just turn off the heat and leave the pan as it is on the hob.

6. Using a pasta claw or tongs, lift the cooked spaghetti straight into the pan of mushrooms and toss together with most of the chopped parsley. Or drain the pasta, reserving some of the cooking water first. Add a little of the pasta water to help sauce and spaghetti cohere. Go spoonful by spoonful; you may not need much.

7. Divide into bowls and sprinkle with the last bit of chopped parsley. 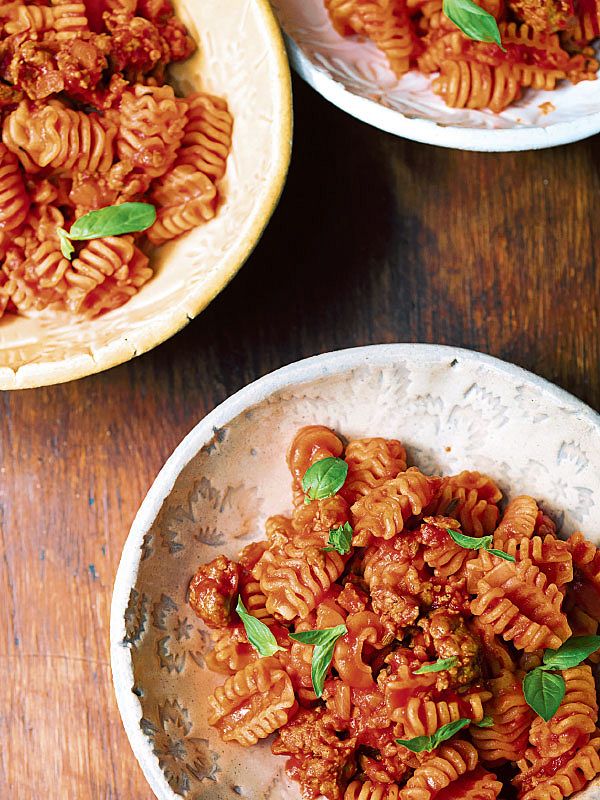