by Theo Randall from Pasta 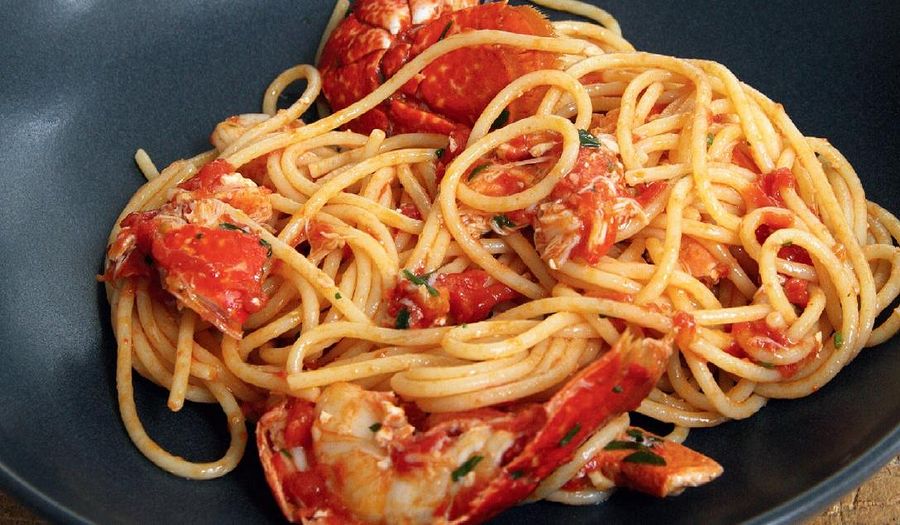 An indulgent pasta dish made up of simple flavours. The luxurious lobster spaghetti recipe brings together garlic, chillies, parsley and a glug of olive oil. On a weekend trip to Venice, my wife, Natalie, and I came across a restaurant in St Mark’s Square that looked touristy but I knew there was something about it. When the head waiter tried to seat us in the almost-empty, pink-tableclothed dining room I refused, knowing there must be another room somewhere for the locals. The waiter smiled and took us through an alleyway and a kitchen into a stone-clad restaurant packed with people enjoying their lunch. I noticed two businessmen walk in and sit down. They obviously knew the waiter and ordered a dish immediately then carried on with their solemn business discussions for 20 minutes or so. Eventually two huge plates of pasta appeared. The men’s faces lit up – as did mine. They removed their jackets and tucked the biggest napkins you’ve ever seen into their shirts. As they started eating lobster spaghetti, the business talk coming from the table changed to sounds of sheer enjoyment. It was a wonderful example of how food can transform an atmosphere.

Put the lobster down with the tail flat on a board and, with a sharp, heavy knife, cut lengthwise through the middle of the tail to make 2 half tails. Pull off the head and claws. Crack the claws with a heavy knife and remove the meat, then remove any meat from the head (keep the head and legs, which make fantastic stock or really good soup). Cut the half tails in half again. Keeping the lobster tail in the shell in this way adds flavour to the sauce.

Heat a tablespoon of the olive oil in a pan, add the garlic and cook gently for 1 minute. Stir in the tomatoes and cook rapidly for 5-7 minutes, until the sauce has become thicker and the flavour is concentrated.

Cook the spaghetti in a large pan of boiling salted water until al dente. Meanwhile, heat 1 tablespoon of the remaining olive oil in a large frying pan, add the lobster tail quarters, head and claw meat, chopped parsley and red chilli and fry for 1 minute. When the pasta is done, drain and add to the lobster with the tomato sauce. Season, then cook for 2 minutes, tossing constantly, so the pasta can absorb the flavours of the sauce. Add the remaining olive oil and serve immediately. 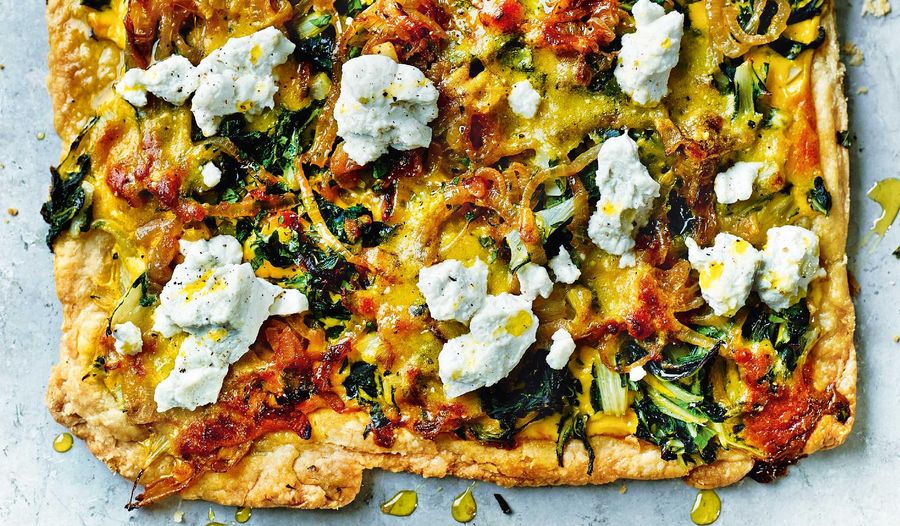