Gok Wan's easy prawn and scallop dumplings can be made ahead and stored in the fridge for whenever a dim sum craving strikes. If, like me, you love entertaining but your work commitments mean you often don’t even have time to pick up fish and chips in the evening then I urge you to make a little time to prepare these dumplings in advance so you don’t miss out on the party! Dim sum is brilliant for the time-poor as it’s really all about the organization and these little dumplings of love are the perfect example. Simply make, chill in the fridge and, when you need them, pile into steamers, cook and serve. Simple. Mine’s a G&T!

You will need: a bamboo steamer

1. Mix together the prawns, scallops and water chestnuts. Season with a pinch of salt and pepper and add the sesame oil. Beat the egg white until lightly frothy, then measure out 1 tablespoon. Add this to the bowl and discard the remainder of the egg white. Then add the chopped chives and combine, squeezing everything between your fingers until it’s well mixed but still has a bit of texture.

2. Dust a work surface with cornflour and lay the wonton wrappers on top. Dust your hands with cornflour and pick up a wonton wrapper. Put 1–2 teaspoons of the prawn and scallop mixture in the centre of the wrapper and brush the edges with egg yolk. Bring the corners together over the middle of the mixture, then squeeze and twist the top to make a shape like a small sack. Tie a whole chive around the thinnest part, trimming off any excess. Repeat with the remaining mixture.

3. Brush a heatproof plate with the groundnut oil and place it in your bamboo steamer. Put the dumplings on the plate and add a drop of water to the top of each dumpling where the wonton wrapper is tied. Place the steamer over a wok or pan of boiling water and steam for 5–8 minutes until the dumplings are just cooked through.

4. Remove from the steamer and serve with a little soy sauce and chilli oil on the side as a dip. Eat immediately. 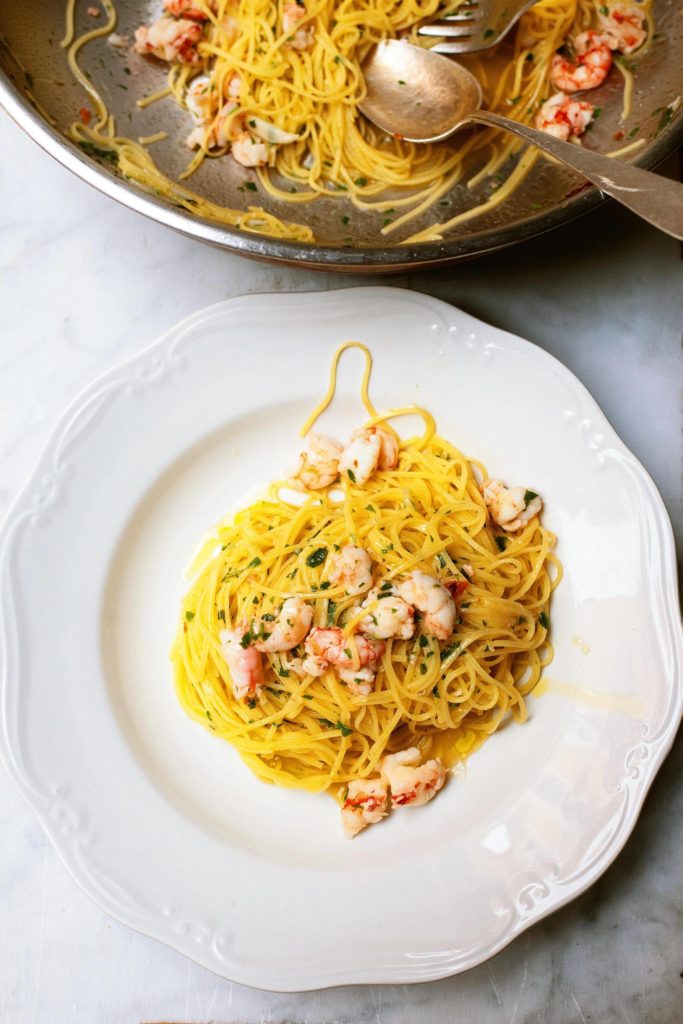 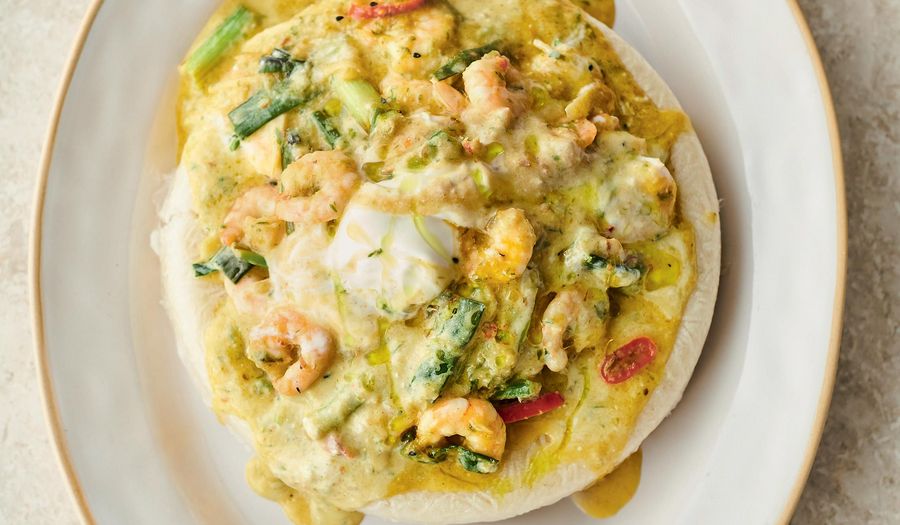