Lardy Cake is a popular traditional bake, regularly seen in the bakeries in my home town, and one of my favourite treats as a child. So it came as something of a surprise to find that it was not universally known, and that the mere mention of the word ‘lard’ was once greeted with horrified looks. Having actually tasted Lardy Cake, this reaction was a source of great puzzlement to me, because I think it is delicious.

The origins of Lardy Cake are in the countryside, where it was traditionally eaten as a mid-afternoon snack by the workers in the fields. Known as ‘fourses’, this snack time was the afternoon equivalent of the morning’s ‘elevenses’. The calorie-heavy sweet dough, accompanied by a cool bottle of ale, was just the thing to keep energy levels up during the long days of harvest.

Lardy Cake is one of the simplest cakes to make, in that the main ingredient is bread dough. This is enriched by dotting lard and sugar over the rolled dough, folding and rerolling, then sprinkling with sugar and dried fruit. The bakeries in my home town used to bake the cake as a giant slab, which was brought into the shop in its tin, already cut into portions. During baking, the lard and sugar melted together to make a delicious chewy caramel that solidified as it cooled. This caramel used to concentrate at the edges of the tin, so for caramel fans, an edge piece was always preferable to a centre one. The centre squares of soft, pillowy sweet dough dotted with fruit had their fans also, but the real prize was a corner piece – the equivalent of two edge pieces rich with sticky caramel. Corner pieces of the Lardy Cake slab were much coveted.

I’ve tweaked this recipe a little in an attempt to spread the joy of corner pieces, so that everyone can share. I’ve suggested crimson raisins, but you can use ordinary raisins or a mixture of sultanas and raisins.

Grease your loaf tin. Cut a strip of baking parchment and lay it lengthwise in the tin, so that the ends overhang the ends of the tin.

Put 25g lard in a bowl with the flour, yeast, sugar and salt. Gradually add the warm water, mixing well, until the mixture comes together in a soft dough. Knead thoroughly until smooth, about 10 minutes. Cover and set aside to rise until doubled in size, about 1 hour.

When the dough is fully risen, tip it out on to a floured surface and pat down. With a floured rolling pin, roll the dough out to a large rectangle about 5mm thick.

Dot the 120g lard for the filling all over the surface of the dough. Sprinkle the raisins, then the sugar over the top.

Cut the dough into strips as wide as your loaf tin and stack them on top of one another. Now cut through the strips vertically to make squares and stack these squares in the prepared tin with their cut sides uppermost. They will resemble bread slices in a loaf. Cover and leave to rise a second time for 30–45 minutes.

Bake for 30–40 minutes until crisp and golden on top and cooked through. If the loaf seems to be browning too much, lay some baking parchment over the top until fully cooked. Cool in the tin. 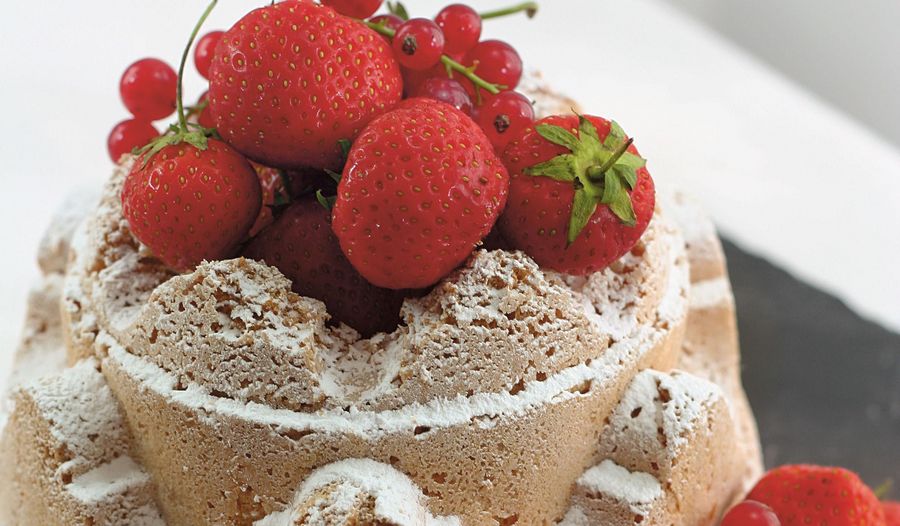 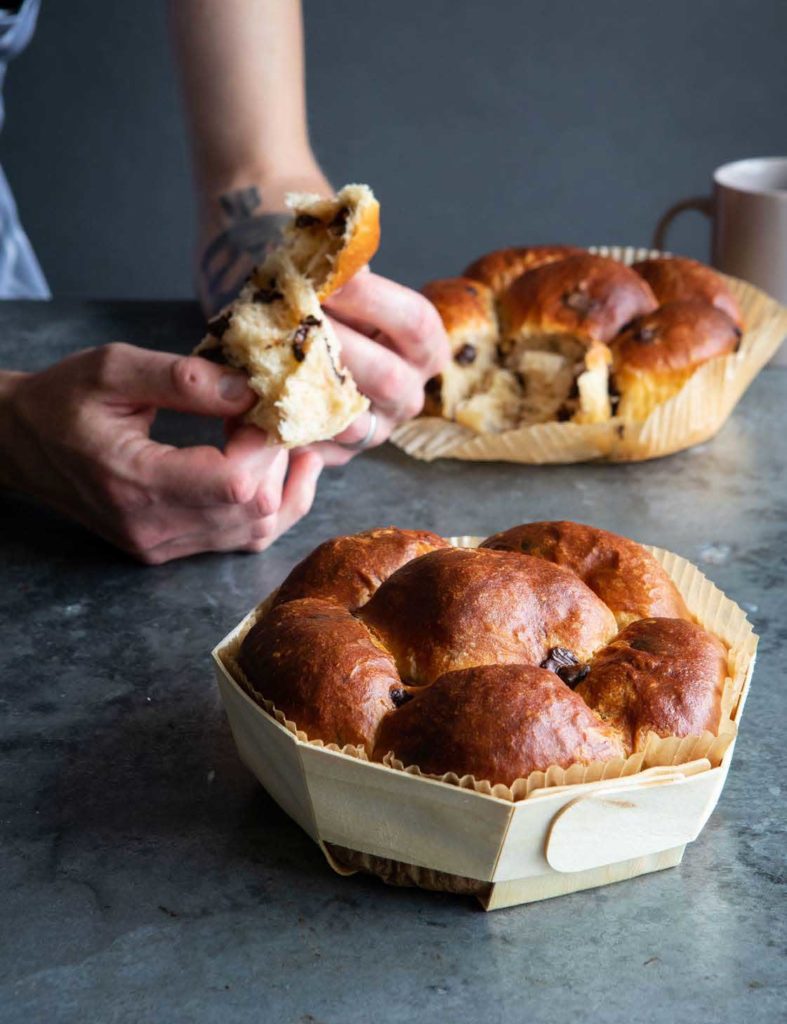