by Mary Gwynn from The WI Cookbook Chicken Pie from The WI Cookbook. A wonderfully traditional recipe for a British classic, this main course recipe is a real centre-piece and is sure to be a crowd pleaser whether you're entertaining friends or feeding the family. Even before the war, a chicken was a luxury for most people, and one to be enjoyed only occasionally. Birds were killed for the pot once they stopped laying so were likely to be tough old fowl that needed long slow cooking. The wartime cook was rarely able to put chicken on the menu. Philip Harben, who was arguably our first celebrity chef, was a regular contributor to Home & Country with his ‘In the Kitchen’ page: here he shares his ingenious method for making the most of a chicken.

1. Place the chicken in a large pan to fit snugly with the stock vegetables. Pour over enough cold water to almost cover and a large pinch of salt. Bring to the boil and then cover and simmer very gently for 45–50 minutes until the juices run clear when the thickest part of the leg is pierced with a skewer. Cool in the stock for a really good moist finish. Strain the stock and measure out 600ml.

2 Preheat the oven to 200°C/fan oven 180°C/gasmark 6. Melt the butter in a large non-stick pan and add the onion. Cook gently for 3–4 minutes until soft and pale. Add the flour and stir for a minute to cook. Off the heat gradually whisk in the hot stock then return to the heat and simmer, stirring until thick and smooth. Stir in the cream, parsley and seasoning.

3 Remove the chicken meat from the bones, discarding the skin. Tear into pieces and mix with the ham in the base of a 2-litre ovenproof dish or roasting tin with a wide lip to hold the pastry. Pour over the sauce (you can make the pie to this stage then cool and chill overnight). Place
an eggcup or funnel in the centre to support the pastry. Roll out the pastry on a lightly floured work surface to a rectangle 5cm larger than the dish. Cut a strip of pastry about 1.5cm wide and place along the edge of the pie dish.

4 Brush the pastry edge on the dish with cold water then lift the pastry over and settle it gently over the filling. Pinch around the edges to seal and make a hole in the centre to allow steam to escape. Chill for 15 minutes to allow the pastry to rest then brush with beaten egg and bake for 45–50 minutes until crisp and golden. Serve.

One way of making a chicken go a long way would be to serve everybody with a tiny portion of bird and a lot of (say) potatoes. But that is to evade the problem – potatoes do not taste like chicken.We can give everyone their share of chicken and at the same time provide a dish which is as nourishing as it is tasty, as substantial as it is delicious. The recipe makes use of, indeed it actually requires for the best results, the rather fat American bacon which the grocer (he can’t help it) wishes on us from time to time. I am going to pre-suppose that you have a fowl weighing some four to five pounds, and I will keep all the other ingredients in proportion. This will make a pie sufficient for at least ten people.

Chicken Pie (Home and Country 1945)
Having plucked and drawn the fowl, remove all the meat fromthe bones. Break up all the bones, including the carcase, put them in a pan with carrots, onion, bay-leaf etc., cover with water and simmer for an hour or two. The amount of stock yielded should be just about a quart. If there is more, boil it rapidly and so reduce it. Herein lies the secret, all the flavour fromthe bones must be concentrated in that quart of stock. Cut up the chicken meat and giblets and cook them in the stock at just below simmering point for at least half an hour. Meanwhile cut up a quarter of a pound or more of streaky bacon into small pieces and fry it in a couple of tablespoons of margarine until the bacon has become crisp and yielded its fat. To this fat add four tablespoons (4 oz) flour, stir to make a roux. Add slowly the chicken pieces in their stock, stirring and cooking until it thickens. Now you have your chicken and bacon in a thick creamy sauce, all of it tasting
well of chicken; in fact all of the nourishment of the bird and every particle of its luxury taste is concentrated in the mixture. If you add a cup of dried household milk powder to the roux before the liquid goes in, you will improve and enrich the dish still further. Another valuable addition is a handful of coarsely chopped parsley. Now make a short or flaky paste. Use grated cheese, if you can. Put the chicken and sauce into a pie dish, cover with the paste, brush with reconstituted dried egg and bake. I have seen 200 hungry men sprint to a canteen when this dish was on the menu. 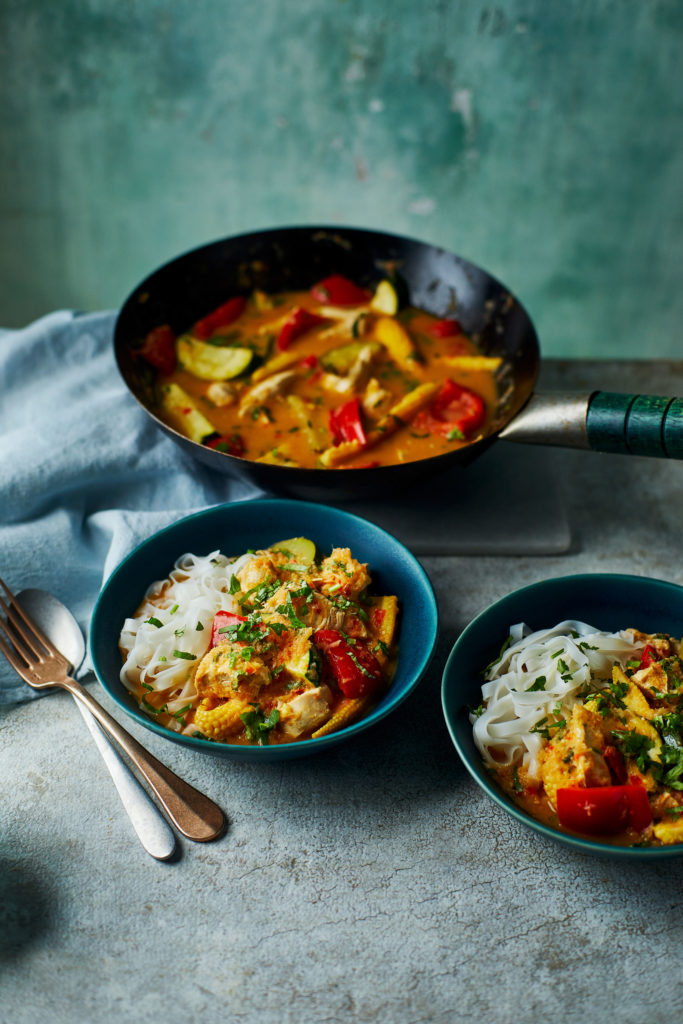 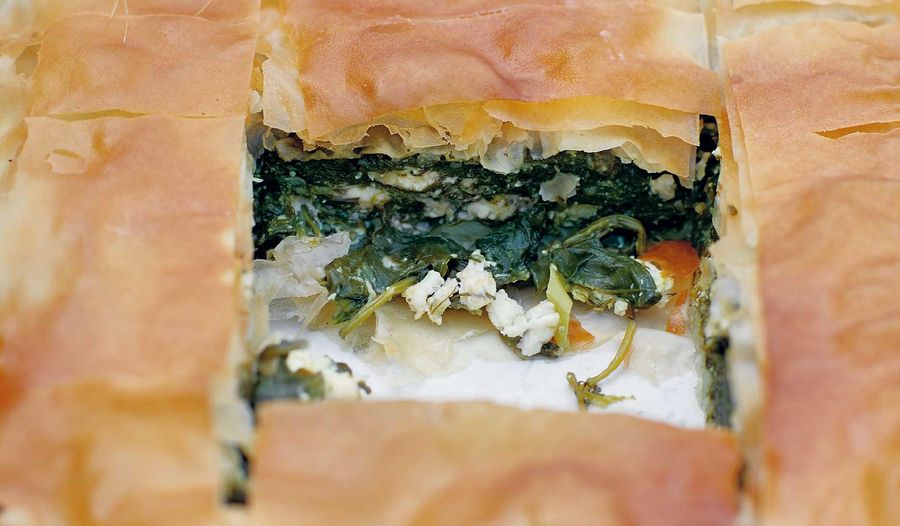 From the book: The WI Cookbook