What to plant, harvest and cook in August with Kathy Slack You need to get cracking this month, if you haven’t already. There’s still time to plant some salad leaves and spinach for autumn picking, but only just. And the mizuna, rocket, pak choi and other ‘mustardy-brassicary’ leaves which so love the colder months need sowing soon too. I find these very prone to slug and flea beetle attacks, not to mention songbirds, who seem to love plucking the seedlings from the ground for sport, so I sow them directly into the soil, but under netting for protection. The winter brassicas – cabbage, kale, sprouts, etc. – are already in the ground but require daily checks (for slug/mice/caterpillar damage). The wildlife is bold and greedy this month.

My runner beans are so heavy they are about to break their wigwam support. I sowed them indoors in April, ready to plant out after the last frosts at the end of May. They loitered for most of June, refusing to budge beyond the ankles of the wigwam and I wasn’t hopeful. But the wet, warm spell in July chivvied them along and they soon outgrew the wigwam frame, tangling themselves up at the top and making a lunge for the nearby bay tree for more support. One windy day and I fear the wigwam will give up the ghost.

If I can prop up the bean wigwam long enough to leave it, there are cucumbers to pick too. No support issues there, cucumber plants have tendrils that wrap around anything in sight and will secure themselves to a passing dog if it stands still for more than a moment. Perhaps the beans could learn something from the cucumbers? Fennel, not usually a successful crop for me, is blooming this year too so I’ll be digging that up this month too for raw slaws. It goes without saying that the courgette shows no sign of abating. It’s a busy month in the patch.

Runner beans grow with an urgency that always surprised me, but I suppose should be expected given their name. They may take a while to get going, but once they start cropping there’s no stopping them. Pick them regularly so they don’t become woody and stringy, which will also encourage more flowers to form and therefore yet more beans.

For the finest runners, I suggest simply slicing them into strips with a bean slicer, boiling them briefly then tossing in lots of salty butter. You might add some chopped herbs or perhaps a little shaved parmesan into the mix for variety too. If you have any older, more robust beans, which perhaps you left on the vine for a day too long, then braising is your answer: bubble long and slow in a rich tomato sauce then pile on garlicky toast for a peasant’s lunch (lucky peasant). After that, try these: A summery salad to celebrate the best of the beans, with a combination of broad beans, runner beans, and French beans tossed with bulgur wheat, chunks of freshly cooked salmon, and tangy pickled radishes. 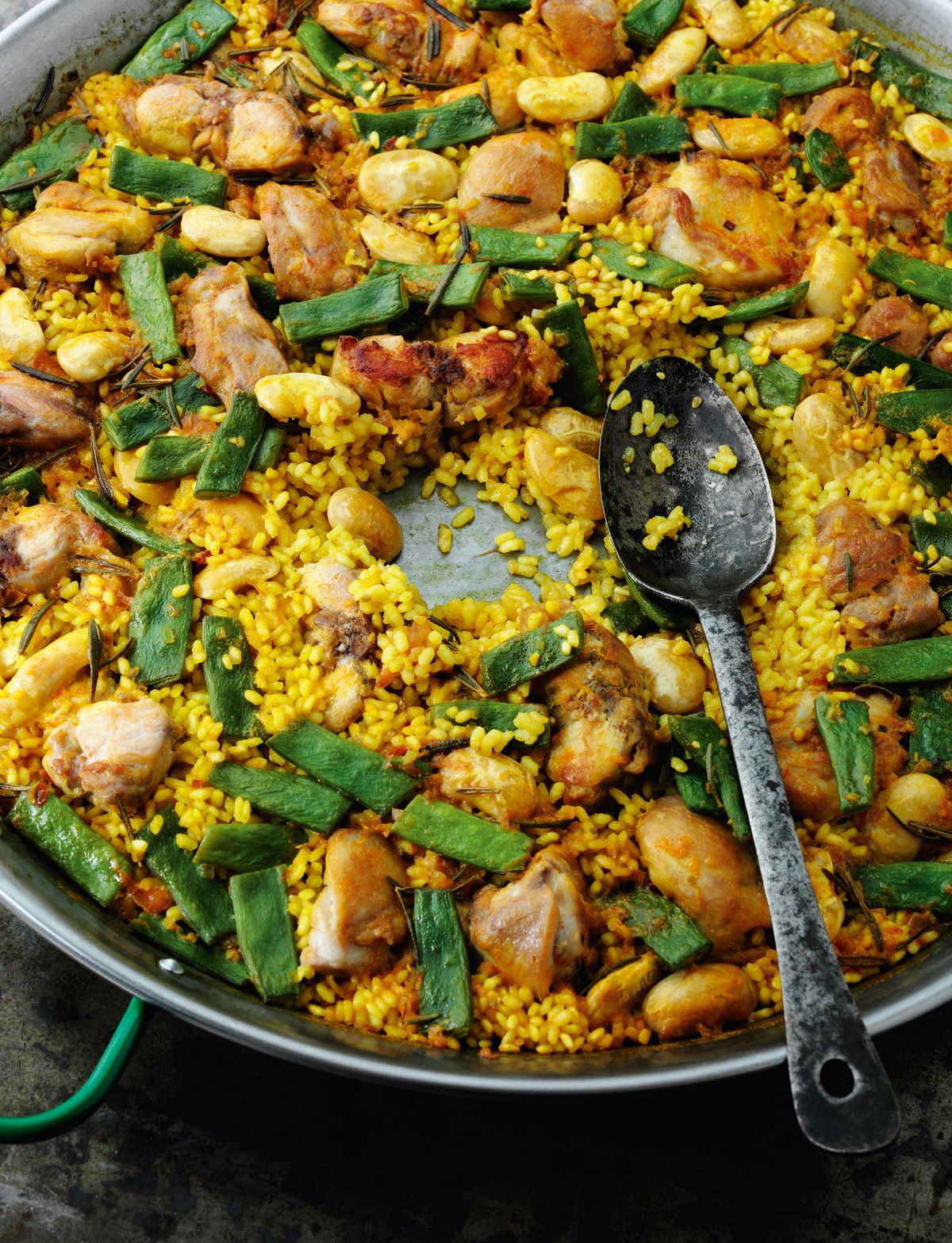 A paella of the fields rather than the sea. This delicious Rick Stein recipe uses rabbit and runner beans for a traditional countryside dish. 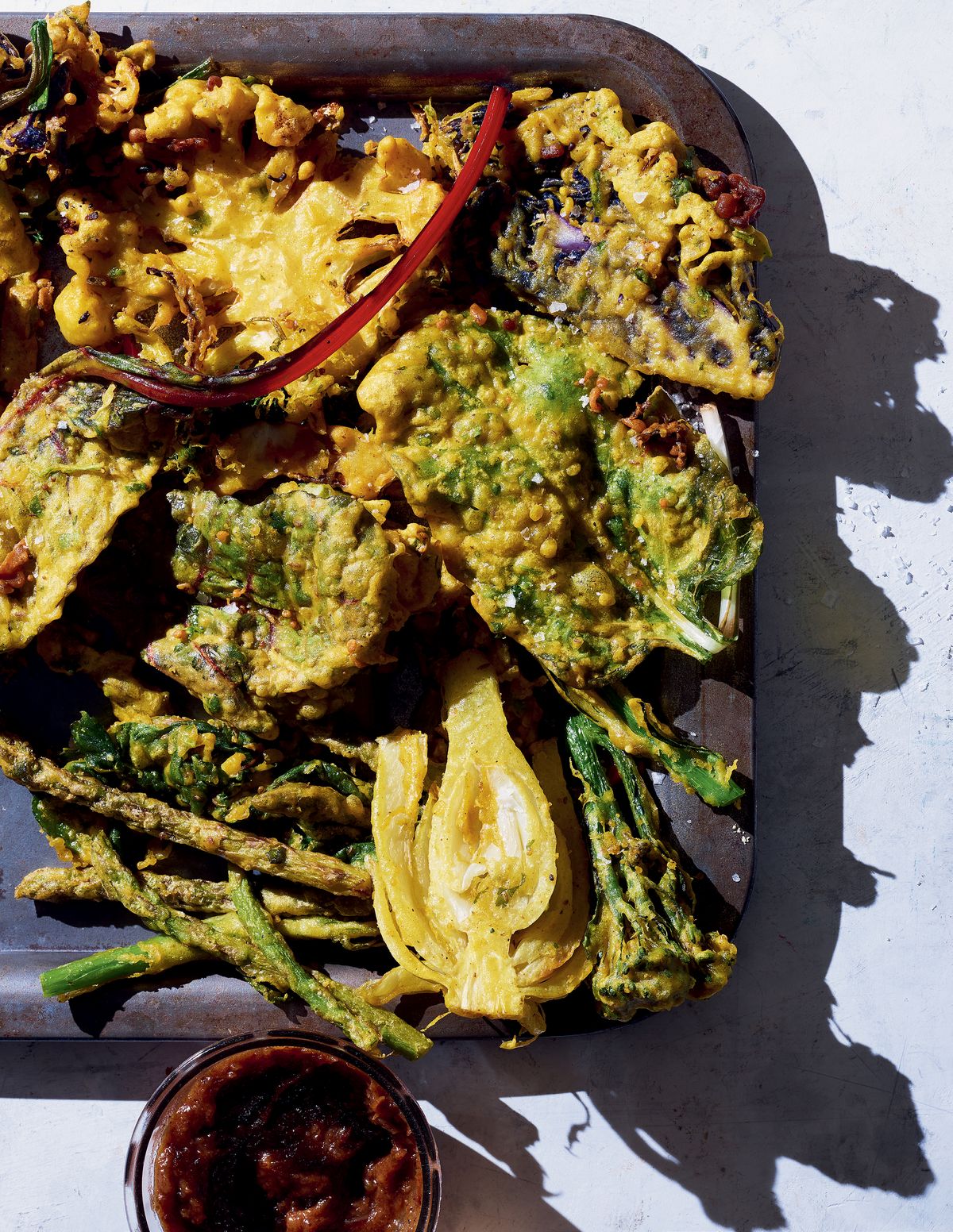 by Grace Regan
from SpiceBox

Runner beans are sturdy enough in both texture and flavour to handle spices really well. This pakora recipe is a great way to use up a glut of beans and they look invitingly dramatic when cooked whole.

Keep up to date with Kathy’s veg patch adventures over on her Instagram and website, and don’t forget to order your copy of her new cookbook, From the Veg Patch.