How I wrote and photographed my own cookbook As if getting a degree isn’t impressive enough, during her time at university, Rachel Phipps embraced the challenges of student cooking and turned her ingenious money saving recipes into an essential guide for any university kitchen, Student Eats. Here’s how Rachel wrote and photographed her own cookbook…

As a food blogger I’m used to creating photos, recipes and text that meet certain requirements, but photographing as well as writing my own cookbook myself, without any editing, styling or kitchen help (save my long-suffering parents who helped do so much washing up and ingredient shopping for me) was the hardest thing I’ve ever done.

Usually I work on blog or freelance recipes one by one, sometimes drawing on a list of recipe ideas I keep on my iPad, magazines, blogs, social media and my favourite cookbooks for inspiration. Coming up with 120+ recipes that would come together into my idea of everything a cohesive student cookbook should be (without missing any recipes students would actually need) meant I had to change things up a little.

I ended up coming up with a list of 150 recipes (so I had wriggle room with some inevitable failures) that drew on the little green book where I used to scribble down measurements from things I made on a regular basis at university, the ‘Student Suppers’ column on my blog, family favourites, and just things I wanted to try, things I wanted a stab at re-creating, and things I just knew would work but I did not have my own recipe for. Then it was time to start cooking.

In the kitchen I had another big hurdle to overcome adapting how I usually wrote my recipes to how I needed to write them for the book: my chosen cooking method. While on my blog I have as much space as I want to describe how something should look, feel and smell when it is cooked using the cooking times and temperatures as a guide, I wanted there to be as little margin for error as possible with the cooking times and temperatures in the book, and everyone has a different oven. At the time my default was to cook on an Aga, and the reason there is no recipe for my favourite veal and pesto burgers with melty mozzarella that I do under the Aga grill or on the barbecue in the book is that I gave up adapting the recipe for an electric grill. I simply could not make the way I cooked them accessible without either creating way too much washing up or setting fire to the fat that would run out of the burgers during cooking when I tried to catch it with foil!

I shot almost all of the photos in Student Eats at my parents old house in Kent where I did not have a professional photography setup (I’ve never used one, in my London flat I photograph food on the floor in front of my floor length bedroom window). I just had the same DSLR camera I take all of my photos with, a lot of new plates (in retrospect I should not have just used the same two tea towels doing the styling throughout the book!), and a new edition: a diffuser so I could keep to my deadline and shoot with natural light even when there was too much sun pouring through the drawing room bay window I took over for the six months I was shooting. While this was the most stressful part of creating the book, it was actually the simplest as I only had to come up with one portrait shot per recipe (okay, when I was not freaking out that every photo had to be perfect as they’d live on in print forever!) 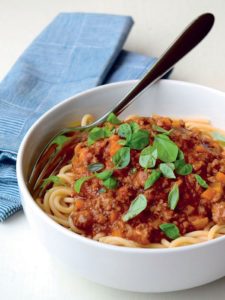 The perfect companion for any student learning to cook Quick meals for dining solo or sharing with friends Genius tips for cooking on a budget

I really enjoyed the whole experience of writing an shooting Student Eats, but after I’d finished it and submitted my photos and manuscript I went searching online for ‘how I wrote my cookbook articles’. I was shocked to find that no one really mentioned how emotionally and physical draining the whole experience is. That being said, I’d do it all again in a heartbeat.