Our pick of the best French cookbooks Learn how to recreate one of the world’s most famous cuisines at home with our pick of the best French cookbooks. From authors like Raymond Blanc, Bruno Loubet, and Rachel Khoo, these cookbooks span everything from time-honoured, classic recipes to modern twists, along with plenty of suitably sumptuous food and travel writing. Learn bistro cooking with a modern twist from the legendary Bruno Loubet’s Mange Tout. Inspired by his upbringing as well as by his travels further afield, you’ll find traditional French recipes merged with ingredients from around the world. From beetroot ravioli to prune and armagnac sticky pudding, Bruno offers a mix of accessible and aspirational dishes, all delivered with his signature Gallic flair. Focussing on lesser-know, local dishes and regional specialities, Rick Stein’s Secret France is the perfect cookbook for anyone who wants to stray off the beaten track when it comes to French cooking. The book sees Rick travelling from Normandy to Provence, seeking out authentic flavours and rustic recipes that can be easily recreated at home. We particularly love the Catalan-inspired meatballs with piment sauce and the show-stopping fresh raspberry tart. Rachel Khoo takes a tour of the country, from the mountains of the south to the winemaking region of Bordeaux, to the well-stocked larders of Brittany and Normandy, gathering recipes and inspiration which she packs neatly into My Little French Kitchen. Recipes range from pork and clams with cider and butter beans to a caramelised apple bake and spiced almond biscuits. Rick Stein’s French Odyssey is an ode to classic French dishes, divided into chapters including soups and starters, light lunches, fish, meat, and desserts. Think: bouillabasse and tarte tatin, seared foie gras and rabbit with prunes. This is a cookbook for lovers of traditional French cooking. 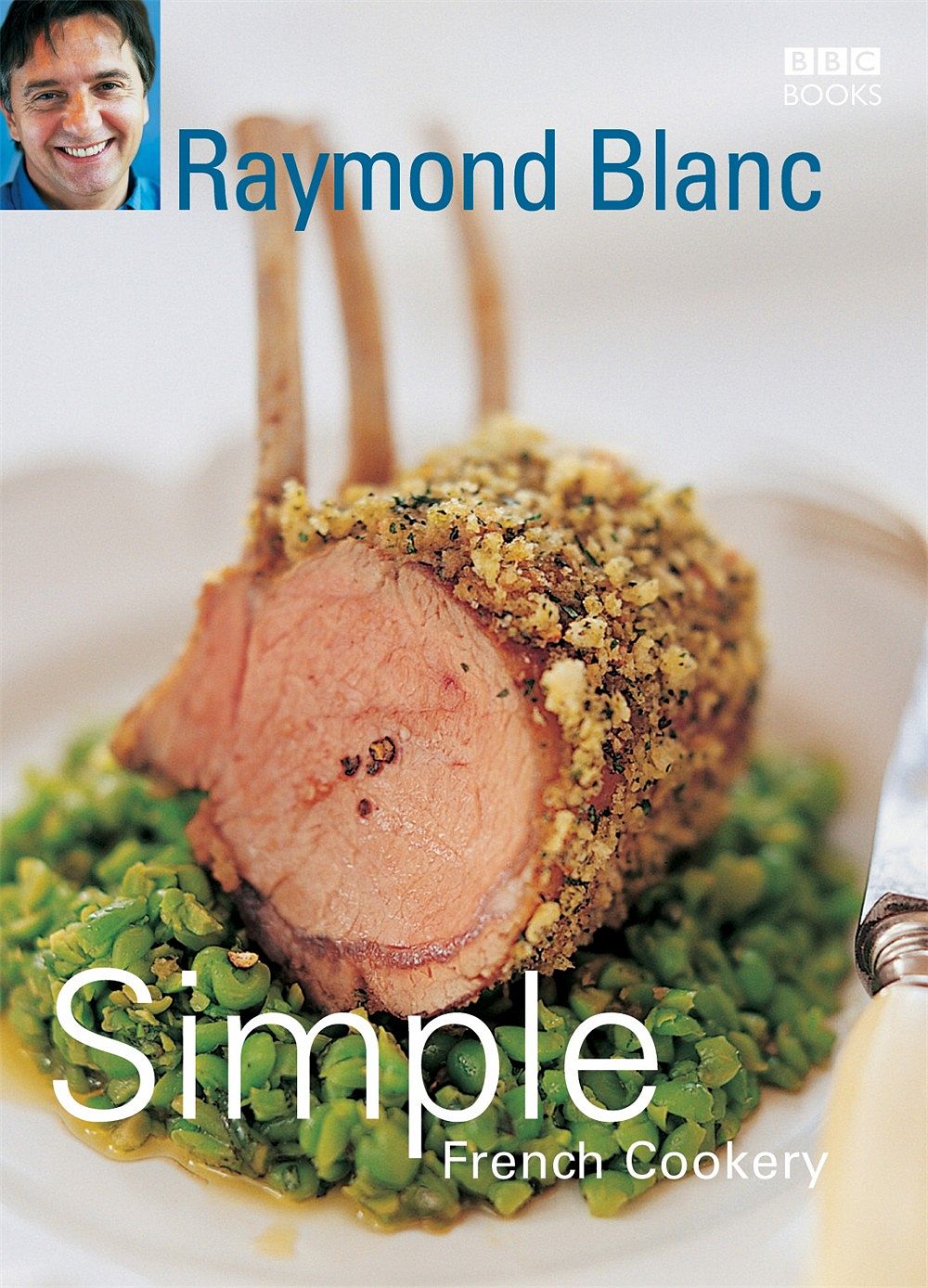 One of Britain’s favourite French chefs, Raymond Blanc puts together his guide to mastering the essentials in Simple French Cookery. You’ll learn the basic techniques you need to create traditional French food, with 40 easy-to-follow versions of the most well-known French dishes, from oeufs en cocotte to moules marinières. If you’re put off French cooking by the thought of all that butter, fear not. Harry Eastwood’s innovative cookbook, The Skinny French Kitchen, will show you how to create lighter versions of a host of popular French dishes. Tried and tested recipes range from light tarte aux pommes and mousse au chocolat to hearty but healthy coq au vin blanc and croque monsieur.