A vibrant and colourful salad recipe, ideal for a veggie lunch. Sour cherries and Kalamata olives are met with braised red onion and Tymsboro goats' cheese. Tymsboro is one of my favourite goats’ cheeses. Its dense texture and delicate lemony flavour are perfect in this recipe alongside the fruity cherries and salty olives.

Put the sour cherries, apple juice and pomegranate molasses in a small pan and gently bring to the boil. Take off the heat and leave to cool. Strain the sour cherries, reserving the liquor, and chop them roughly, along with the olives.

Place the red onions in a parchment-lined roasting tin just large enough to hold them and pour over the vinegar and 80ml of the olive oil. Season, cover tightly with foil and bake in an oven preheated to 180°C/Gas Mark 4 for 25 minutes. Remove the foil, stir, then return to the oven for 10 minutes or so, until the onions are cooked through. Leave to cool.

Put the couscous in a large bowl and add the lemon juice and zest and enough cold water to cover by 1cm. Add the remaining olive oil and some salt and pepper and mix thoroughly. Cover with cling film and leave to soak for 20 minutes or so, until the couscous has absorbed the water and is soft. Remove the cling film and fluff up the couscous with a fork, then mix in the sour cherries and olives, plus the fresh cherries and chopped herbs. Taste for seasoning.

Scatter a layer of watercress over a large platter, then some couscous followed by braised red onions and Tymsboro wedges. Repeat the layers until you have used everything up, then drizzle over the reserved liquor from the sour cherries and a little extra virgin olive oil.

More Recipes from The Modern Pantry 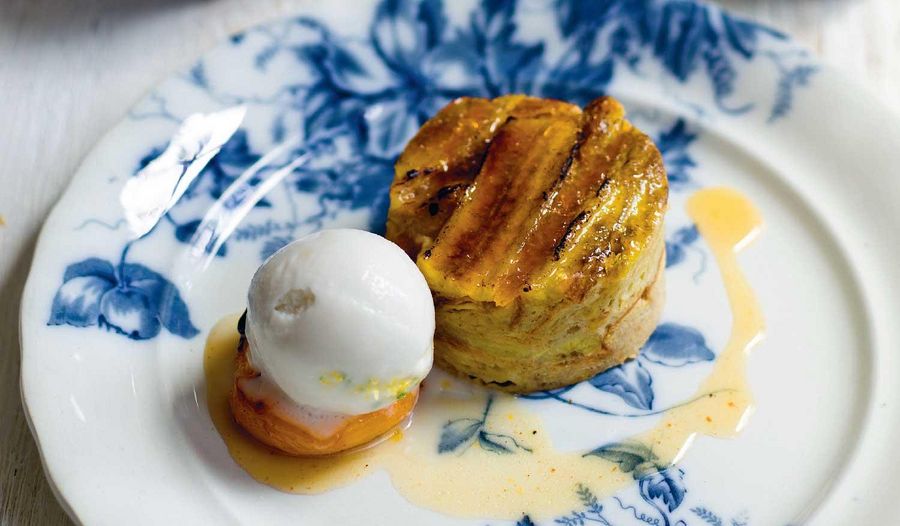 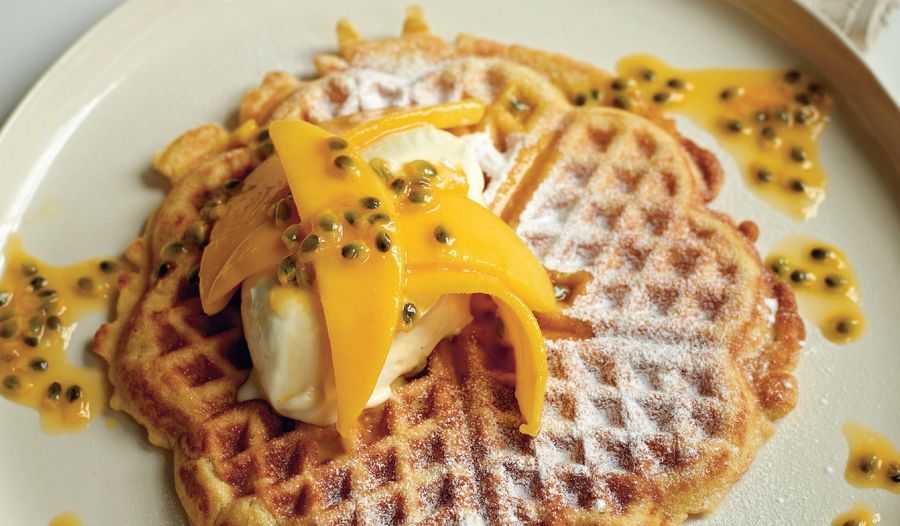 More Recipes from The Modern Pantry