Asma Khan on Eid, community and how food connects us to memory Just the question I hoped I’d be asked as I joined Asma Khan at her London restaurant, Darjeeling Express. Khan’s generous instincts and love for feeding a crowd come into their own during Ramadan, when we meet.

This holy month in the Islamic calendar – when Muslims refrain from eating and drinking during daylight hours and direct their energies toward spiritual renewal – is characterised by communal feasting and prayer, and a focus on giving. British Muslims are estimated to have donated £130mn to charity during Ramadan 2021.

Service to community is core to Khan’s relationship with food, especially at this time of year. “There’s an additional layer of sacredness when you’re a cook because you have the ability to feed. I use this month a lot to think of what I’m doing with my life, and how else I can be of help and service to others.” This drive is one inherited from her mother, to whom her new book, Ammu, is a tribute. She describes her as having a “deep sense of justice”, which Khan translates into efforts to alleviate hunger on her own doorstep. “For a lot of people, hunger is relentless. The sunset doesn’t guarantee that hunger and thirst end. I don’t care why you’re on the street, whether that’s addiction or whatever. I’m not there to judge you. Hunger is hunger.”

Khan’s collective sensibility seems to have extended to her restaurant family too. “On the first day of Ramadan, I discovered that almost everyone was fasting in solidarity with me and the other Muslim staff. It was a nightmare during service as everyone suddenly disappeared to eat, but then the kitchen made a traditional Iftar to thank them. They made the onion pakoras and stuffed parathas from Ammu. There was a feast at the back of the restaurant, and it was very humbling and touching.” 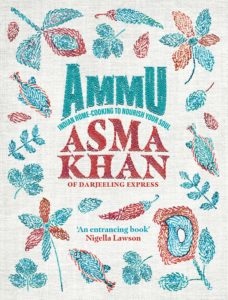 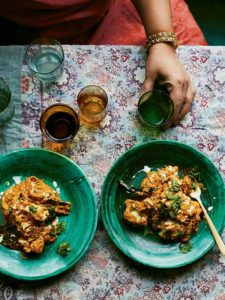 Vibrant inspiration for every occasion, including celebrations, dinner parties and midweek meals From curries to starters, sides, desserts and more

Eating together and experiencing a collective journey is a fundamental part of Ramadan. Two years of unusually quiet and intimate fasting experiences have had a profoundly diminishing effect on Muslim communities. “Ramadan is a month for feasting with friends and family, but the risk of sitting together and eating was so high during COVID, especially in our community which was hit so disproportionately. Those memories of gathering are a huge part of who you are and it undermined that.”

The book is deeply concerned with memory, and with preserving her family history for her children. “For me, this was a dedication to Ammu. But it transformed my kids as well. They suddenly realised who I was. They watched me start my business from home, exactly like Ammu. They suddenly realised that as I described my mother’s journey, they were seeing their mother’s journey.” The ability of food to create tangible connections to fragile memories was a running theme in our conversation, particularly after more than two years of disconnection from the familiar.

“Taste and aroma are a very significant part of memory. I have to say this book has been my lifeline. It’s been an anchor in very very stormy days. If I didn’t have this book to write I think I would have really struggled. I knew I couldn’t go home, it was extremely hard, so there was a huge relief for me that I could look back and focus on something so joyous. My childhood, the food of my childhood. The food of celebration. So even though none of that was happening around me, in writing about it I felt I’d gone back, and it was less lonely.”

Celebration is a key part of Ramadan too, with the month ending in Eid al Fitr, when families will spend the day dressed in new outfits, visiting friends, relatives and neighbours in what Khan vividly describes as a “food caravan” of people dropping by unexpectedly for a day expecting to be fed at random. “You don’t know who’s going to come, but when they do come everything has to be hot and perfect and then you close the hatch. Even as a restaurant we couldn’t manage that.” As a determined host though, she has some useful suggestions for how to nail this chaotic task, especially after two years out of practice.

“Choose dishes you can break down and not have to make in one large amount. Things that you can prepare ahead and fry as you need for your guests.” From Ammu, Khan recommends the Eid Ka Murgh Kebab and the Aloo Bonde, and if you want to set yourself apart from the parade of red meat offerings, the Chingri Chop, made up of prawns, and the Macchi Kebab, consisting of white fish combined with a zingy mix of lemon, ginger and chilli will make you a memorable stop on people’s Eid routes.

Just as big a deal on Eid is breakfast, a real indulgence if you’ve been fasting for a month. Traditionally you’ll find sheer korma on the table, a creamy, warmly spiced dessert with nuts and vermicelli, but Asma Khan looks forward to the simpler pleasures of tea and parathas. She asserts convincingly, in her direct manner, “People think that samosas are the greatest Indian snack, but they’re not, paratha is.” 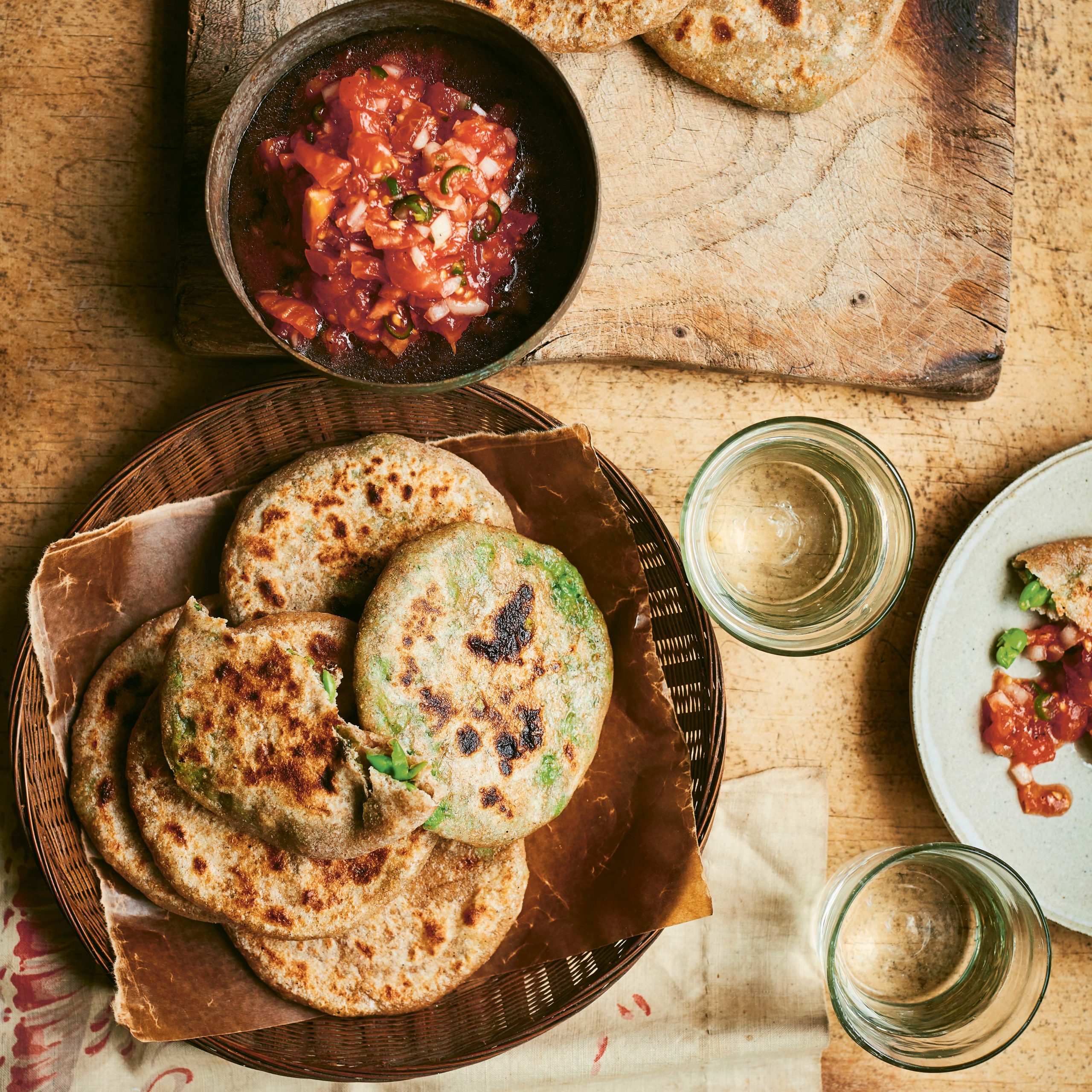 Vibrant inspiration for every occasion, including celebrations, dinner parties and midweek meals

From curries to starters, sides, desserts and more